The Diocese of Trenton is coordinating a relief effort to assist those who have been left without basic provisions in the wake of Hurricane Sandy.

To date, three distribution sites have been confirmed for anyone in the area in need of food, clothing and water:

Additional distribution sites will be confirmed in the coming days.

Additionally, a HopeMobile, provided by the National Society of St. Vincent De Paul, will be sent into the field to assist residents with basic provisions.

How can I help?

A call for donations has gone out to help supply these distribution centers with items needed most by residents in the hardest-hit areas. These provisions include:

These provisions can be brought to any of the above distribution centers, with further instructions on other locations to come.

The local public school districts have decided to close schools all of next week. The OEM informed the district that too many electrical wires are down to project a safe return to school. The district, however, encompasses a much wider area than Rumson.

Holy Cross School will remain closed until further notice. We will determine a reopening date based on power being restored and police advice that it is safe to reopen in Rumson, even if that occurs before the end of next week.

OK, a few ironies during this post-Sandy recovery:

Utility Poles and Trees - NOT perfect together.

Most residents of Rumson have no power, no heat, no phones and no realistic estimate when any of those things will be restored. BUT, the church received a UPS delivery today from Amazon.com consisting of several parcels.

Probably no serious revisions of our infrastructure will be considered, but it doesn't take a genius to figure out that large, old trees often fall during severe storms and putting our powerlines right underneath them pretending that they won't fall is wishful thinking. 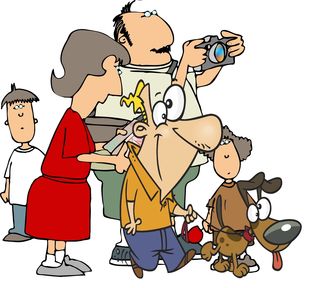 What in the world are people thinking when they load up the car with the dogs and the kids in strollers
and drive into Rumson to see post-hurricane damage as soon as the winds drop below 40 mph? I'm well aware some people have not simply lost their cabanas in Sea Bright, but their homes and businesses and are desperate to see and salvage what remains. I don't mean them, and they're easy to spot.  I mean the gawkers...and West Park and Ward Avenue has been filled with them, from the water side too I'm told. Usually they're toting cameras, often containers of hot coffee and add nothing to the post-recovery efforts but congestion and confusion and bring absolutely nothing with them except the expectation that there will be somewhere to park their car. One Rumson police officer had it right when he repeatedly pleaded on the bullhorn, "Go home."

Thursday November 1 Solemnity of All Saints

I made my first trip off the property today and visited Riverview Hospital, which has full power restored. Some stores are open, but most are still closed. It was good to see progress in the clearing of fallen trees and the presence of utility crews working to restore power.

Today we decided to cancel the evening Memorial Mass for All Souls Day. The decision needed to be made in time to inform families who might be travelling that the mass will not be held as scheduled. Please spread the word as well as you can.

Friday morning mass at 9 AM and Saturday 9 AM masses will be celebrated as usual.

Saturday evening and Sunday AM masses will be celebrated in the Church. 7 PM Latin mass is cancelled if power is not restored by then.

Thursday November 1 Solemnity of All Saints

Mass at 9 AM in Holy Cross Church. There is Exposition of the Blessed Sacrament until noon today.

All other church and parish events for today are cancelled.

Holy Cross School remains closed until power is restored as per the Borough of Rumson.

Daily mass at 9 AM will continue to be held each morning as it has been every morning throughout the storm.

The bishop has transferred the obligation to attend mass on the holyday to the Sunday/Weekend masses.

I anticipate that the Saturday evening and Sunday masses will be held as usual.

The 7 PM Latin mass on Sunday is cancelled unless power is restored.

Mass and Exposition of the Blessed Sacrament 10/31

Tomorrow morning we will offer our usual mass at 9 AM.

This will be followed by Exposition of the Blessed Sacrament until noon.

Public and private schools in Rumson will be closed until further notice.

Church events, with the exception of 9 AM mass are cancelled for Wednesday.

We are trying to use the Honewell alert system to spread the word.

Well, we were able to celebrate morning mass by candlelight this morning. Several big trees on the church property have fallen, but no hits on any buildings.

The church property is relatively high, so there was little water damage, but the winds are still gusting strongly. The church is relatively intact. A few roof tiles, some fallen plaster. The shrine in front of the rectory snapped off. 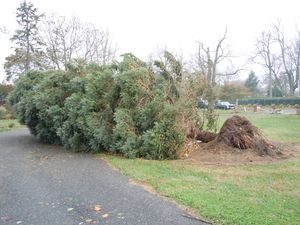 Our Christmas tree has seen its last Christmas 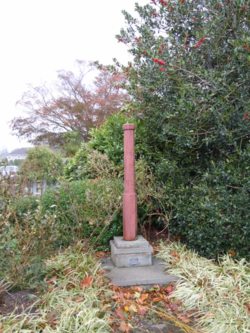 Sadly, the hurricane tourism traffic is crazy outside up and down Ward Avenue and into and out of our parking lot. Looks a little like the fireworks traffic on the Fourth of July. The police tried to keep people away this morning, but I'm sure they have other problems. Now there are cars parked up and down both sides of Ward Avenue, people K turning in driveways and driving through the church lot. Not humanity at its finest.

Good day to stay indoors and away from trees.

Let us continue to pray for the safety and health of all those who suffer from the storm.

Well, our parking is full...of vehicles, that is. Lot's of wind and some rain. Low lying flooding but so far, the church is high and dry.

We celebrated Latin mass this AM at 9 AM.

Afternoon and evening masses are cancelled.

There will be no 8th grade CCD mass at 5 PM. Detective McDonald's talk is also cancelled.

Latin Mass at 7 PM is cancelled. God, Our Father, Creator and Lord of the universe, you have set the earth on its foundation and all the elements of nature obey your command. We humbly beseech you to keep us safe from all dangers and calm the storm that threatens us. May we be secure in your loving protection and serve you always with grateful hearts. We ask this through our Lord Jesus Christ, your Son, who lives and reigns with You and the Holy Spirit, One God, forever and ever. Amen.

Gym is closed to basketball.

Afternoon and evening masses are cancelled.

There will be no 8th grade CCD mass at 5 PM. Detective McDonald's talk is also cancelled.

Latin Mass at 7 PM is cancelled.

Sunday morning's Religious Education Classes will be held as usual.

All Sunday morning masses will be held as usual.

A decision whether to cancel the evening Latin Mass will be made by noontime tomorrow.