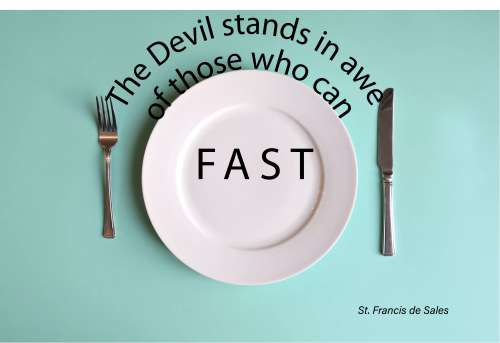 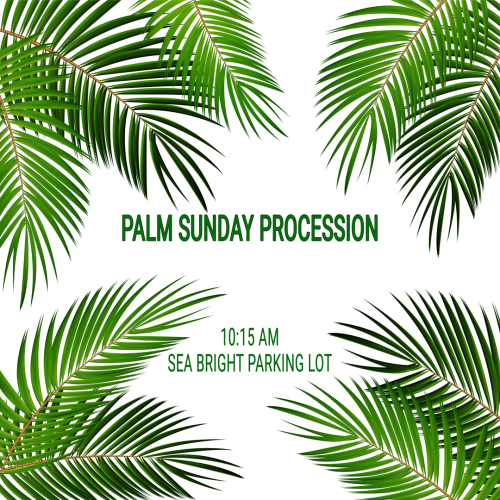 Moses Intercedes For His People 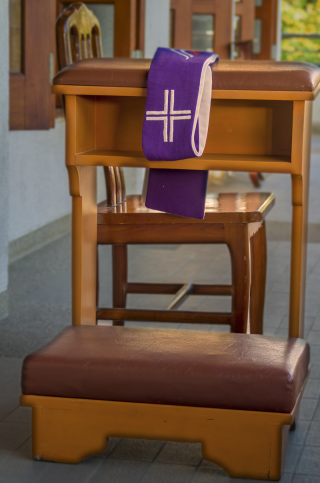 In the first reading today, Moses intercedes on behalf of the Israelites that they be spared from God's wrath for crafting and worshiping the Golden Calf. God relents and forgives them.

We have a far more compassionate and effective intercessor for us now - Jesus Christ. Lent is the perfect time to identify the idols we may have placed before God, turn away from them and seek forgiveness - especially in the Sacrament of Reconciliation.

You never know what you'll find on the beach. I was being invigorated by the cold offshore winds yesterday and examining the elements exposed by the low tides and erosion from the winter. Most of the remains of a bulkhead were just random pieces of rusted iron, but one piece piqued my curiosity: a cross which reminded me of the kind Isaac Joques showed the Indians (at least what the editors of my grammar school history book thought the cross looked like!). I decided to clean it off, lift it up and say a prayer. 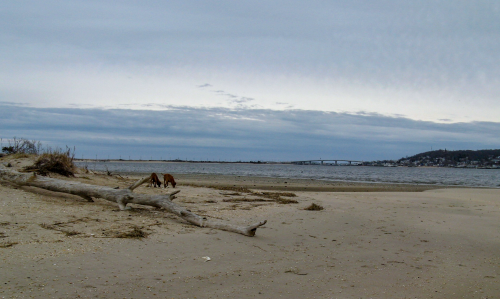 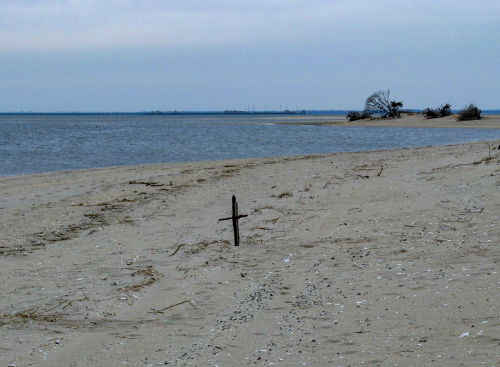 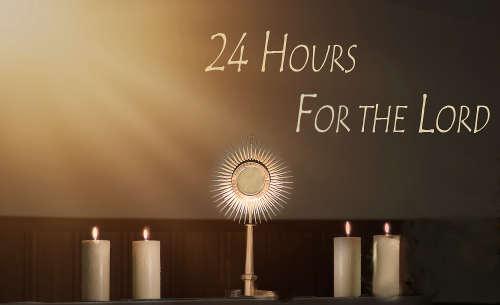 Come to Holy Cross Church and spend some time in prayer and adoration of the Lord,

celebrate the Sacrament of Reconciliation and experience the warmth of God's love. 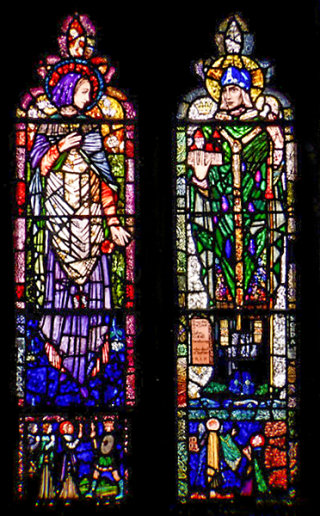 Saint Enda was converted from warrior-prince to priest by his sister, St. Abbess Fanchea. He spent his life as a monk, eventually becoming abbot of a monastery on the Aran Islands off the coast of Ireland. These barren islands were chosen because of their inaccessibility and difficult climate.   He was a tremendous influence on other Irish saints over history, including our own saints Kieran and  Colomba. 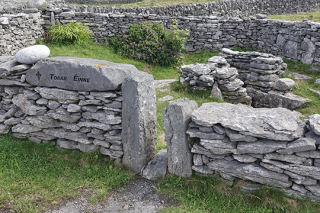 St. Enda's Holy Well is located on the island of Inisheer, the easternmost of the three Aran Islands.

The Irish monks on the Aran Islands lived austere lives of poverty, penance and prayer. We need not exactly copy their example, but are nevertheless called to abstain from some pleasures, do penance and pray during Lent. 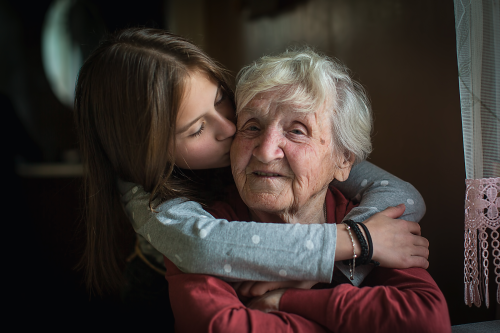 St. Cyril of Jerusalem said, "Actions have tongues of their own...Deeds prove the lover more than words."

Lent is a time not only for prayer, but for penance and charity. Loving actions from a prayerful heart are the best of all. 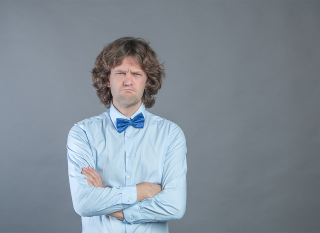 Forgive and Forget. You've heard the expression, maybe even had someone proffer this advice.
There are lots of other slogans in riposte - "Forgive, but keep a list of names," "Forgive, but never forget," "Forgive what hurt you but never what you learned." Our human nature is not attuned to forgetfulness, especially for dangers or harms, but we can take the first step in the process of forgiveness by surrendering the right to get even and stating our grievance.

With God, however, forgiveness is a different story. In this morning's readings, God's forgiveness is described as complete and efficacious. We go from being on the path to destruction to the path of life. God promises to offer life and forget our sins if we turn from our sinful ways. This is the hope of repentance in Lent.

This morning's reading from Leviticus gives what the bible calls, "various rules of conduct," distinct from the 10 Commandments. A ban on tattoos, eating meat not drained of animal blood, cutting beards and other demands on daily life, were meant to remind a faithful Jew of the Lord's dominion. Also mentioned in the same passage is gleaning, the practice of leaving behind 10% of a field's produce so the poor may also harvest the land. Instead of extracting every last penny of profit, landowners were required to share their produce - a good admonition for all of us this Lent. 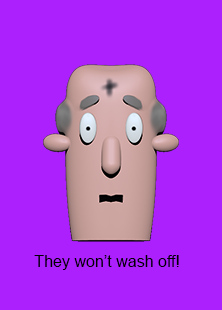 The Finger Pointing To The Moon 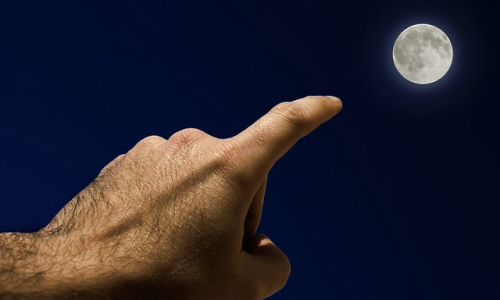 The finger represents the spiritual practices which point toward something greater, not something to be focused on in itself.

Although this metaphor comes from Buddhism, it has been used by Catholic spiritual directors to place proper emphasis on all spiritual practices. Spiritual practices should lead to God, not become an end in themselves. Since we love and need tangible sacramentals, there is always a risk we may place too much emphasis on them.

In Lent, these tangibles are our ascetic and charitable practices. They are meant to lead us to God, not distract us and surely not to become an end in themselves.

May all our works of charity, acts of self control and prayers kindle in us a more fervent love of God. 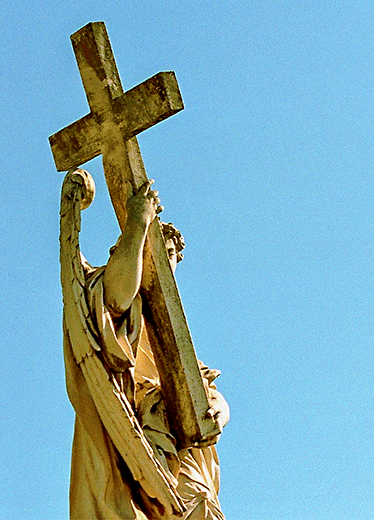 Turn Away From Sin And Believe In the Gospel 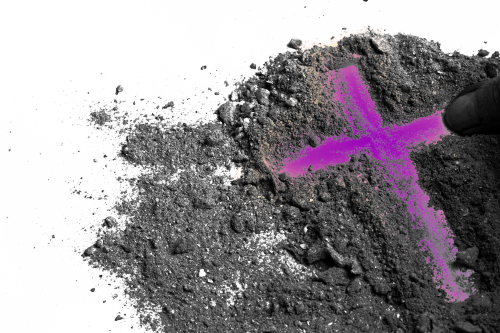 Maybe the kids were right after all, the ashes do burn. 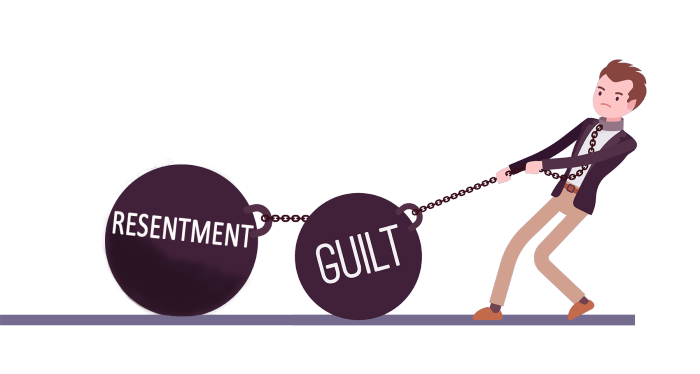 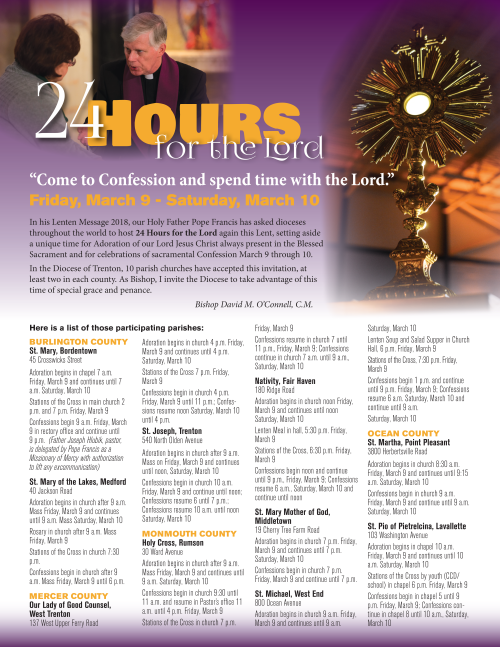 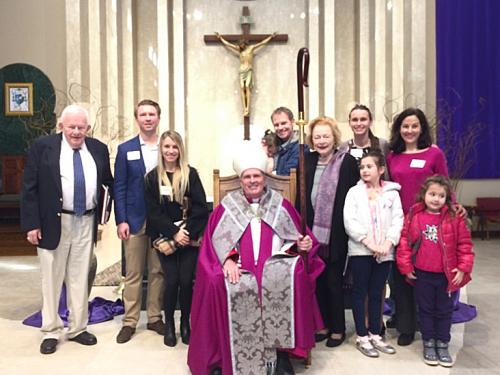 Our catechumens, who will be baptized at the Easter Vigil, were sent from our 12 noon Mass to celebrate the Rite of Election with Bishop O'Connell at the Co-Cathedral of St. Robert Bellarmine in Freehold. Here they are pictured with their familes and members of our RCIA catechetical team.

Fast and Abstinence During Lent 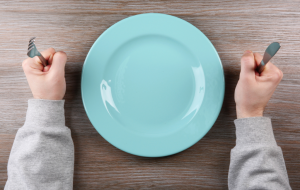 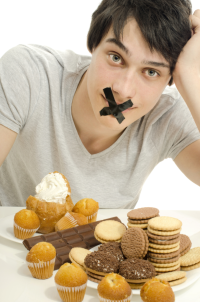 From the Bishops of the United States:

Fasting is obligatory from age 18 until age 59. When fasting, a person is permitted to eat one full meal, as well as two smaller meals that together are not equal to a full meal.

Abstinence from meat is binding upon members of the Latin Catholic Church from age 14 onward.

The distinction between fasting and abstaining is a little confusing, particularly because people have begun to talk about "fasting" from things like video games, television programs, etc. during Lent. Fasting was traditionally understood as voluntarily having an empty stomach for a while.

Fasting is not enjoined on anyone whose age or medical condition makes it unwise. Abstinence is still a worthy practice during Lent. It strengthens our self-discipline as the opening prayer in today's mass acknowledges. In small matters, we experience victory over whims or passing pleasures strengthening our prudence and restraint. These virtues serve us well in everyday life and during times of temptation. 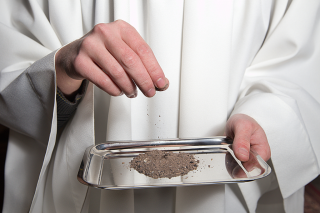 Today we remember that we all are part of the natural cycle. We may hear "Remember you are dust and unto dust you shall return," as the ashes are imposed on our foreheads.

The green, fresh, joyful palms of celebration on Palm Sunday have withered and been burned, nothing left but ash.

We also remember that we have been baptized into an eternal cycle of life with Christ through his birth, death and resurrection. A supernatural cycle which supervenes the temporal one.

Let us resolve to observe this Lenten season with prayer, fasting and almsgiving to grow closer to Jesus who is our Hope. 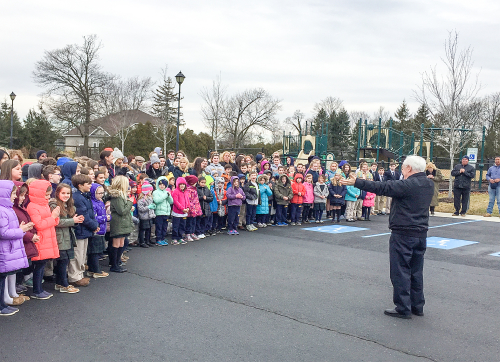 Children gather for one last, great "Let our prayers rise before you like incense, Allelluia!" 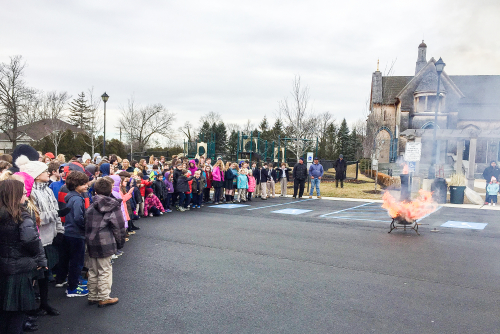 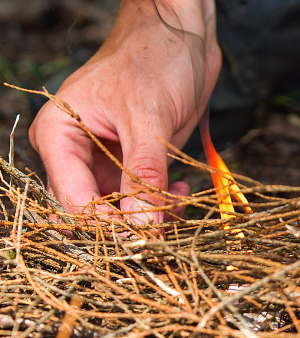 High winds and inclement weather often postpone our outdoor palm burning and this year was no exception. Delayed due to the high winds of last week, we have rescheduled the ceremonial fire for Monday, February 12th at 1 PM so our school children can be present. Parishioners are also invited for this brief, 15 minute prayer service.