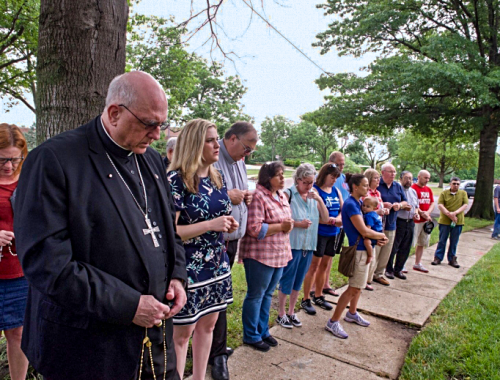 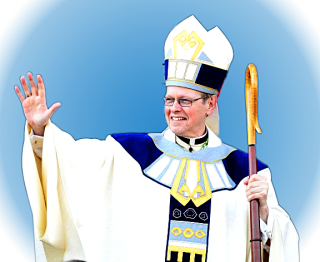 Governor Andrew Cuomo often cites his Catholic faith and called us to stand with Pope Francis against the death penalty, but not six weeks later signed and applauded the Reproductive Health Act in New York State.

Albany Bishop Edward B. Scharfenberger penned an open letter to Governor Cuomo, which about says it all:

Although in your recent State of the State address you cited your Catholic faith and said we should “stand with Pope Francis,” your advocacy of extreme abortion legislation is completely contrary to the teachings of our pope and our Church. Once truth is separated from fiction and people come to realize the impact of the bill, they will be shocked to their core. By that time, however, it may be too late to save the countless lives that will be lost or spare countless women lifelong regret.

The so-called Reproductive Health Act (RHA) will expand abortion under the pretenses of choice and progress, which, in fact, it will do little to enhance. At the same time, this legislation threatens to rupture the communion between the Catholic faith and those who support the RHA even while professing to follow the Church, something that troubles me greatly as a pastor.

Contrary to what its proponents say, the RHA goes far beyond Roe vs. Wade in its aggressive extremism. Granting non-doctors permission to perform abortions does nothing to advance the security and health of women. Condoning coerced or involuntary abortions by repealing criminal sanctions even in cases where a perpetrator seeks to make his partner “un-pregnant” through an act of physical violence does not represent any kind of progress in the choice, safety or health of women. Removing protection for an infant accidentally born alive during an abortion is abject cruelty, something most people of conscience would deem inhumane for even a dog or cat. Finally, allowing late-term abortions is nothing less than a license to kill a pre-born child at will.

It is very difficult to understand how you can align yourself with Pope Francis and so vehemently advocate such profoundly destructive legislation.

I find myself wondering how it can be viewed as “progress” to have gone from a society working to make abortion “rare” to one that urges women to “shout your abortion” as some advocates of this bill boldly announce.

How is it progress to ignore the harm that this will do, not only to innocent infants, born and unborn, but to their mothers? Does the heartache of so many New York women who have been pained by their abortion decisions matter? Is anyone listening to them? How is it really “pro-choice” when a law, which claims to guarantee choice, moves to expand only one option for women?

If abortion is deemed a fundamental right in New York State, will the State then still be able to issue licenses to pro-life nurses or physicians? Will health facilities which do not provide abortions be certified? Will the law allow that even one dollar be given to maternity services without offering women the “choice” of abortion? These are unanswered questions, but I shudder to think of the consequences this law will wreak. You have already uttered harsh threats about the welcome you think pro-lifers are not entitled to in our state. Now you are demonstrating that you mean to write your warning into law. Will being pro-life one day be a hate crime in the State of New York?

Our young people especially, who have seen their sonograms and who follow the discoveries the sciences have made, know the lies and the despair that proponents of such dangerous and death-dealing legislation are promulgating, even if blindly or unwittingly.

Giving up on life is no excuse for us as a responsible and compassionate people. In so doing, we evade the challenge of accompanying women and the families they are trying to nurture on the long journey. They deserve our courageous and ongoing support in creating conditions under which they will be free to bear and provide for their children.

As a society, we can and must do better. The teaching and intuition of our common faith readies us to help. It is an essential part of our mission to support the lives of all, especially the voiceless, the most vulnerable and marginalized, as Pope Francis always reminds us to do.

Let’s not bequeath to our children a culture of death, but together build a more humane society for the lives of all of our fellow citizens.

Mr. Cuomo, do not build this Death Star.

Most Rev. Edward B. Scharfenberger
Bishop of Albany

Bishop Scharfenberger is to be commended for his clear and concise letter, a repetition of church teaching on the matter of grave moral evil and abortion. The bishop's letter makes clear the governor does not teach Catholic doctrine and had better curb his language when embracing his Catholic faith and immoral legislation under the pope's name. 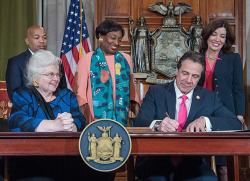 New York governor Andrew Cuomo signs The Reproductive Health Bill , codifying the decisions of Roe v. Wade into New York law. Its provisions allow unrestricted access to abortion until 24 weeks of age and after that in cases of non-viability of the fetus, or to protect the life/health of the mother. Partial birth abortions would seem allowed under the provisions of the law, since the "life/health" of the mother has been broadly interpreted to include psychological distress over carrying even a healthy baby.

The bill was passed by a newly controlling Democratic majority in the state senate and fueled by fears that a conservative leaning Supreme Court bench could reverse provisions of Roe v. Wade. Happily, many states are restricting access to abortion, permitting abortion only in the early stages of pregnancy. Polls show that most Americans support such restrictive measures, regardless of religious affiliation.

Given the devastating impact abortion has had on racial minorities, especially in New York City, the photo taken at the bill signing is ironic.

Before the March At The National Shrine of the Immaculate Conception 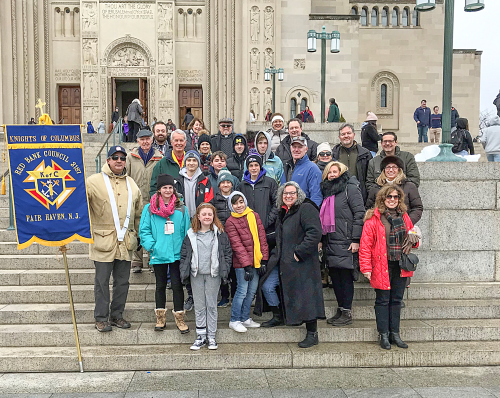 An intrepid contingent of pilgrims left by bus from Holy Cross to participate in the March for Life in Washington, D.C. today. The weather always presents a challenge, especially these days when forecasters seem so prone to maximize the potential of every flake of snow into a major blizzard.

The experience of being part of so many people who are pro-life is one not to be missed! We should have some photos later in the day. 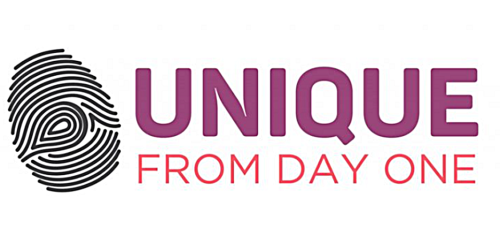 Today's gospel from Matthew cites Rachel's lamentation over her deceased children in reference to the Holy Innocents murdered by Herod's treachery and cowardice. A mother's grief for her children was the inspiration for Project Rachel, a ministry of healing and compassionate outreach to all those who have been harmed by the tragic consequences of abortion - unborn, mother, father and family.

Call or contact the parish office to speak to a Pastoral Associate or Father, or reach out to The Diocese of Trenton by clicking the link above. There is hope and healing after abortion.