Title IX is a national law that prohibits sex discrimination in public schools and many private schools, from kindergarten to the university level. The United States Department of Education (USDE) has proposed a new regulation that would revise the concept of "discrimination on the basis of sex" to include "sexual orientation" and "gender identity." This would require schools to comply with gender ideology, affecting many of the day-to-day activities of these institutions. Schools could be punished for distinguishing between boys and girls in locker rooms and dorms. The proposed regulation would keep an existing exemption for religious schools, but teachers and students of faith in public schools would have no such protections.

The regulation’s definition of "discrimination on the basis of sex" would also include "termination of pregnancy." This could be used to impose requirements that promote abortion.

Join the USCCB in encouraging the USDE to clarify that “discrimination on the basis of sex” is not an abortion mandate, and that schools must have the freedom to continue to recognize a distinction between male and female in their activities and facilities. The deadline to submit a comment is this Monday, Sept 12, 2022.

Z is for Zinnias 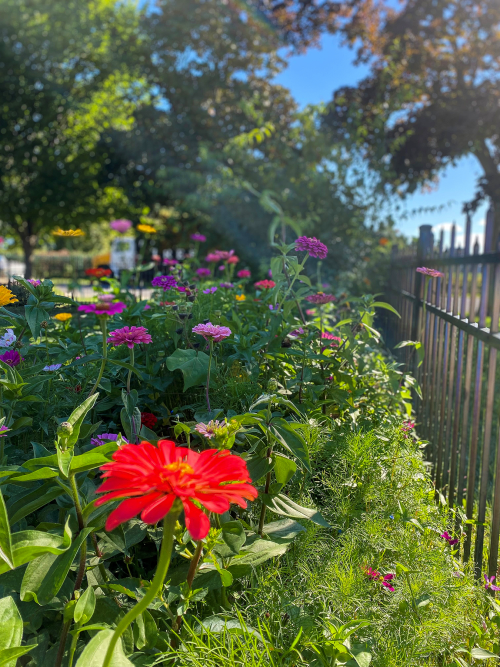