The Morality of COVID Vaccine Research and Use 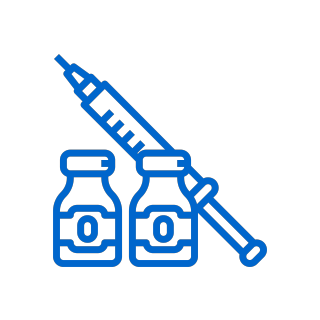 Another Complicated Issue Being Debated in Sound Bites

Perhaps you remember the controversy many years ago when it was disclosed that several vaccines in common use were derived using two cell lines, each from an electively aborted fetus. On the basis that receiving these vaccines would be cooperation with the evil of abortion, some Catholics wanted the Church to back their moral objections to being vaccinated for school or competitive sports. Vatican ethicists decided that since the dangers to children were grave without vaccine and that any cooperation in the two abortions (performed in the 1960's and 1971, legally in the Netherlands) was so remote, there was no morally compelling reason to refuse the vaccines. The responsibility to lobby for and use ethically derived vaccines, if available, was emphasized.

When the race for COVID vaccines began, some bishops' conferences warned that the process should avoid use of the tainted cell lines. However, the two vaccines likely to be approved first did use the controversial cell lines in their development. This is the reason some are raising moral objections to these vaccines. Using the same reasoning as for the MMR and chicken pox vaccines, Vatican ethicists say their use is permitted.

Long answer: Due to the fact that the evil associated with the two abortions used in establishing these cell lines was remote and those who receive it neither want nor promote abortion, and considering the proportionate risks of non-vaccination to be grave both for the individual and those with whom he/she may come into contact, the vaccine may be taken. At the same time, we must do all we can to assure that future research techniques do not commodify human life. If and when a morally preferable vaccine becomes available, it should be used.

Short answer: No moral reason not to get vaccinated.

this Sunday Night, The First Sunday of Advent.

We cannot provide missalettes due to COVID restrictions. 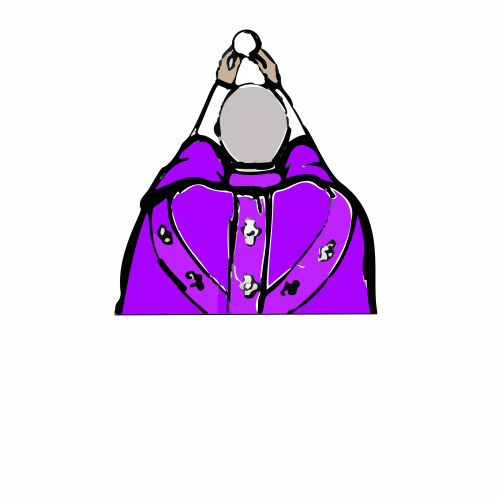 Communion will be distributed at the usual time during mass. Communicants should expect to receive on the tongue and kneeling.

According to Diocesan regulations, the priest will sanitize his fingers after each communicant. 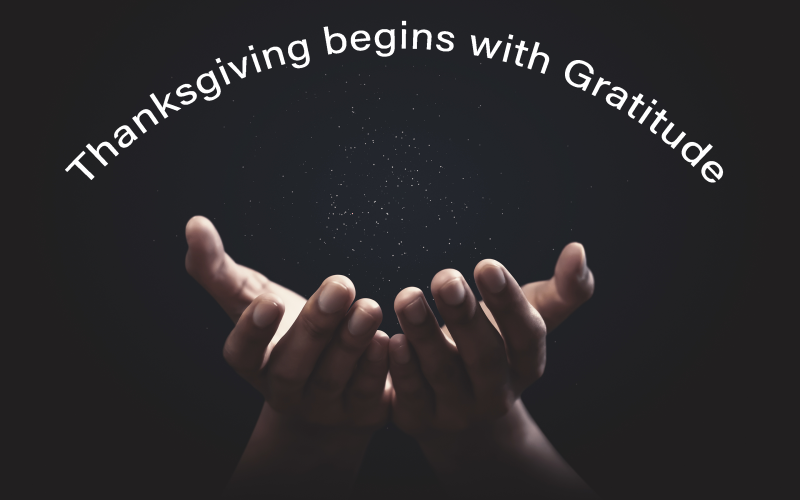 Reading from Revelation and Monstrance 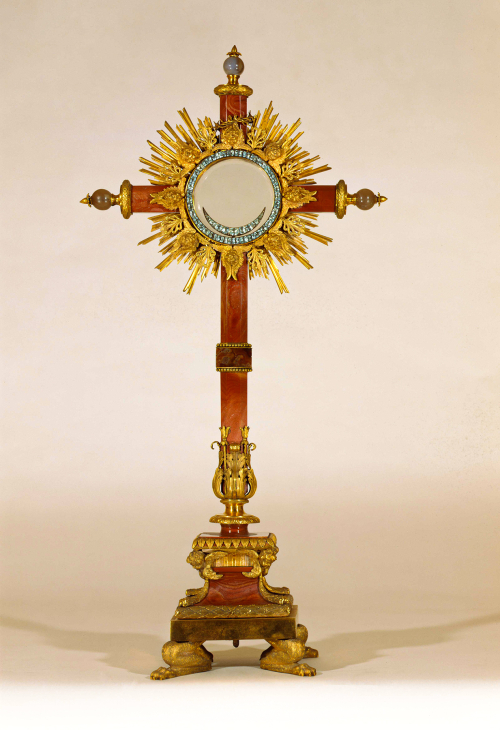 Thinking of the precious and semi-precious stones in this morning's reading from the Book of Revelation, an online search found this beautiful monstrance in the Vatican's possession. It is completed in the shape of a cross decorated with precious stones, like jasper, agate and carnelian. In the center is located a circular transparent window for Eucharistic adoration, made of rock crystal surrounded by gems and marked down by a half-moon shaped decoration.

It makes the point that the decorations included on a monstrance were often studded with the biblical stones of heaven.

Bishop O'Connell reminds us of the guidelines already in effect for churches in the Diocese of Trenton.

Social distancing and wearing masks in church and on church property is required. Occupancy limits in churches remain unchanged. All of the previously issued guidelines remain in force.

The bishop asks that we curtail as much as possible the use of Extraordinary Ministers of Holy Communion and the use of campus buildings for meetings other than mass.

We are sanitizing the church after each mass, thanks to the gracious work of volunteers. Please join our clean-up crews and help keep our worship space safe.

The simulcast mass at 10:30 in the Gym still has plenty of seats available.

It becomes difficult to even find cogent analysis of the report as the days go by. It has disappeared from the headlines in most major news media. But it will be interesting to see which issues raised by the report are discussed at the upcoming annual bishops meeting.

Here is a summary of some of the major points raised by news outlets over the past few days:

Some difficulties in reading the report:

Names, dates, hierarchical roles of the many individuals in the report can be confusing. The high turnover rate of curial officials from retirement, illness or changing papal appointments makes it even more challenging. A timeline of events and a glossary of names would be helpful. (Some media outlets have partially completed this task.)

The research seems conscientious and it is helpful to have the original source documents released including dates. The report is well focused to its purpose.

It provides a clear answer to McCarrick’s appointment to Washington, D.C. and the somewhat consoling news that he had been passed over for other sees due to misgivings.

Some of the issues raised about the report:

Catholic News Agency (an apostolate of EWTN)  has published several excellent articles regarding the McCarrick report, including one of the most succinct summaries of its findings here.

It seems to be quite even-handed and relates the important details without getting lost in them. The report is so lengthy and repetitive that it is difficult to maintain an overall perspective, keep your place in the timeline of events and not get lost in details.

There is also an excellent article on the sufferings of Christ and His Church regarding this issue written by the Editor-in-Chief of CNA published in the National Catholic Reporter here.

Though most polls of Americans show overwhelming support of some limits on abortion-on-demand, this bill now in Committee before the NJ Legislature eliminates the possibility of any.

“As access to health care and the right to choose are under attack at the federal level, we will support, defend, and protect reproductive rights here in New Jersey,” said Governor Murphy. “The Reproductive Freedom Act will remove barriers to reproductive health, as well as expand access to contraception while reaffirming choice. Together, we stand unwavering in our commitment to work towards reproductive freedom for all New Jerseyans.”

“While other states are turning a blind eye and restricting access to reproductive rights, New Jersey is taking bold steps today to protect reproductive freedom and health equality for all women,” said First Lady Tammy Murphy. “As much as today is a declaration of our unyielding commitment to the women of our state, we also know it is another day in our ongoing fight to protect the progress we have made. And, no matter the obstacles, we will only move forward.”

◊    Guarantees to every individual, the fundamental right to reproductive autonomy, which includes the right to contraception, the right to abortion, and the right to carry a pregnancy to term.

◊  Removes any protections for infants born alive after failed abortion attempts, eliminates fetal pain threshold protection, forbids limits on abortions during any period up to and including birth.

◊  Requires all insurance carriers to provide coverage both for abortion care and for a long-term supply of contraceptives. This would include Catholic institutions.

◊  Invalidates, and prohibits the future adoption of, all laws, rules, regulations, ordinances, resolutions, policies, standards, or parts thereof, that conflict with the provisions or the express or implied purposes of [this bill.]

N.B. All sponsors of the senate and assembly bills are Democrats. Several are Catholic, so is Governor Murphy.

Act now to express disgust at the radical nature of the legislation
which flouts science, morality and common sense.

Write/Call State Senators and Assembly persons and the Governor’s Office! 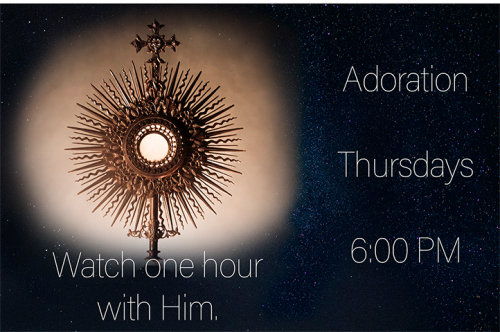 Recall that the Thursday night adoration hour was added in response to the Church's suffering at the hands of unfaithful shepherds, for healing and purification of the ministerial priesthood and to join our suffering with Christ's in the Garden of Gethsemane Thursday night watch.

It was cancelled during the compete COVID lockdowns, which we pray will never happen again, but in view of the McCarrick report to restore it at least until Christmas.

It is hoped that this hour of quiet reflection and accompanying Jesus will refresh not only those who attend, but serve as reparation for the whole church.

Join us for the whole hour or any part of it.

Christmas Masses in the Church Filling Up

Please make reservations early so that we can plan whether to add additional seating for the simulcast masses in the gymnasium.

It is important for us to understand some background on the release and research of what is being called "The McCarrick Report" - an investigation on the allegations and findings against the former archbishop, due to be released tomorrow.  Facts have been hard to come by and have emerged bit by bit over many  years. Hopefully the document about to be released by the Vatican will answer many questions and help hold those complicit in his moral crimes responsible for their actions as well.

There are several helpful articles on the background of the report already online. This is from the Catholic News Agency: What to know ahead of the McCarrick Report.

It is likely that bishops, especially those in our area may also release statements. The report promises to be lengthy, so it may take some time for officials to respond in a meaningful way. As you are aware, the national virtual meeting of the USCCB will take place within a week.

This morning a jogger called police reporting an unidentified woman in the school/church parking lot with a knife.

The school was then put into lock down as was the church, since grades 6-8 were already here for mass. Mass proceeded normally. We prayed the rosary, Fr. Manning answered some questions and the classes were dismissed under police protection to return to school for the remainder of the day.

Thank you to Rumson and other cooperating police departments for their diligence in searching the premises and protecting our safety.

No one was discovered to my knowledge. The church is locked for the remainder of the day and until our funeral mass Saturday morning.

St. Charles Borromeo and The Plague 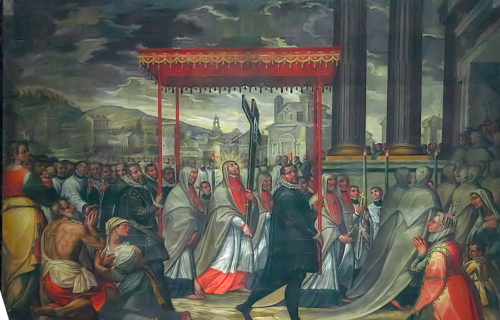 St. Charles processes with the relic of the Holy Nail of Christ during a time of plague. 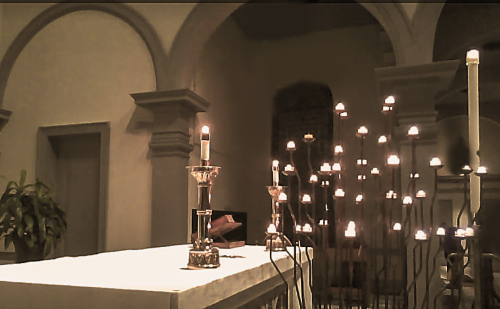 Thank you to everyone who came to pray together for the deceased of parish and around the world last evening on All Souls. We missed gathering after mass and this year we could not distribute the votive candles fashioned from last year's Easter Candle, but the Eucharist was an actual participation in our unity in Christ with each other, the deceased in heaven and in purgatory. Thank you to our parish staff who arranged the details, sent the invitations and served as ushers, including our volunteer after-mass pew cleaners.

Memorial Mass for All Souls Day 7:00 PM In Church

All parishioners are invited to spend some time in prayer tonight at a Memorial Mass for All Souls Day at 7:00 PM in the Church. The Mass will also be live streamed.