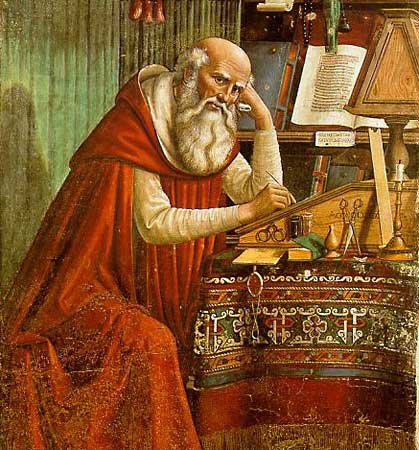 If you get the feeling that St. Jerome doesn't quite appreciate the interruption that you are, you might be right. His personality was certainly unique to his times. Unique also was his scholarly ability in at least three languages that are critical for a good translation of Sacred Scripture into Latin, Greek and Hebrew.

He translated Old and New Testaments into a Latin version often called the "Vulgate" which has served the church for centuries.

A statue in Rome. I fixed up some of the more obvious battle wounds, but he's still pretty battered. 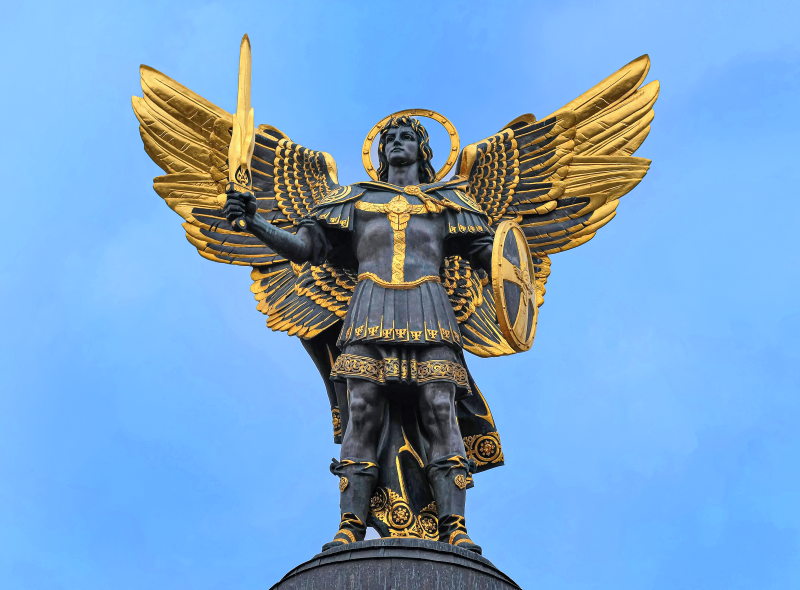 Keep in mind respondents are bulletin readers and/or liturgical ministers at Holy Cross Church, so nearly all have indicated they will be attending mass in person on Christmas. Of these most plan on attending Christmas Eve Mass. Calculating the number of potential seats requested by those respondents who indicated they will attend in person, there are 214 seat requests - that is, one church full. (as of 9/27)

Most indicated no problem in using the mass reservation system, which is good news for us.

A few responders express anxiety at returning to mass. No questions were designed to explore the reasons for this response (e.g. waiting for a vaccine, noncompliance of some with social distancing, completing of a course of medication). 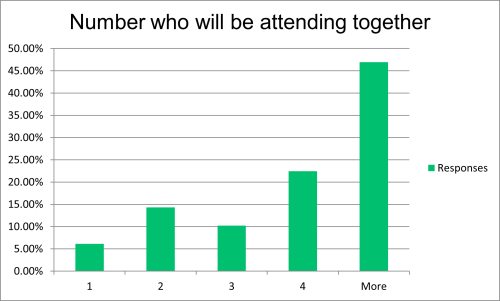 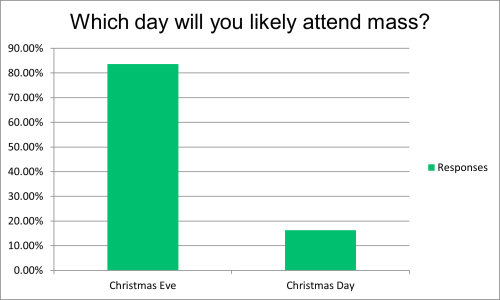 Over the next two weeks, we will test the mass reservation system and open it in mid-October for actual reservations. The staff will develop a seating chart to effectively seat each mass congregation, but it will not be possible for individuals or families to choose specific seats. The early reservations will give us time to develop seating charts and ticketing arrangements for each mass, especially since we have not been doing this at our regular Sunday masses.

I know this is burdensome, but recall that our churches were closed for the entire Holy Week and Easter Season. We can be thankful that at least we have some freedoms restored this Christmas and can use our ingenuity to worship God in peace.

Please help us plan effectively by taking a quick survey on mass times for the Christmas season.

There is some helpful information to keep in mind about the bishop's regulations, along with a tentative schedule of masses. Relying too heavily on outdoor masses at that time of year can be tricky due to the cold and snow. 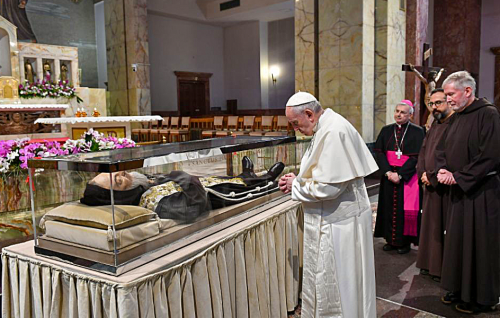 Certainly a controversial figure even in his lifetime, Padre Pio's reputation was embraced by recent popes enabling his path to canonization. Perhaps most difficult for church authorities to consider were his stigmata, especially allegations that he induced them chemically. His simplicity, prayerfulness, compassion for the suffering and obedience are examples of faith whether or not we experience miraculous physical manifestations of our intentions.

Today the feast of the martyrdom of the Theban legion is on the Roman calendar. A possibly legendary tale of Roman soldiers disobeying orders to harass Christians and thereby ordered executed by Imperial command during the time of the Roman persecutions. The legion's commander, St. Maurice, was a very popular saint in days gone by, appearing to a young shepherd girl, Benoite Rencurel,  in Laos, France in the mid fifteenth century and directing her to a field where she enjoyed Marian apparitions for many months spanning years.  Mary asked for prayers of reparation and penance and for devotion to the Blessed Sacrament. St. Julian Peter Eymard, a promoter of the Forty Hours Devotion and founder of two religious communities is said to have walked from his home parish to Laus, over ninety miles away on the eve of his First Communion.

These Marian apparitions received Vatican approval as worthy of belief in 2008.

Our Lady of Laus Sanctuary Shrine

Bishop O'Connell has issued guidelines for Catholics in forming their consciences during this important election season. 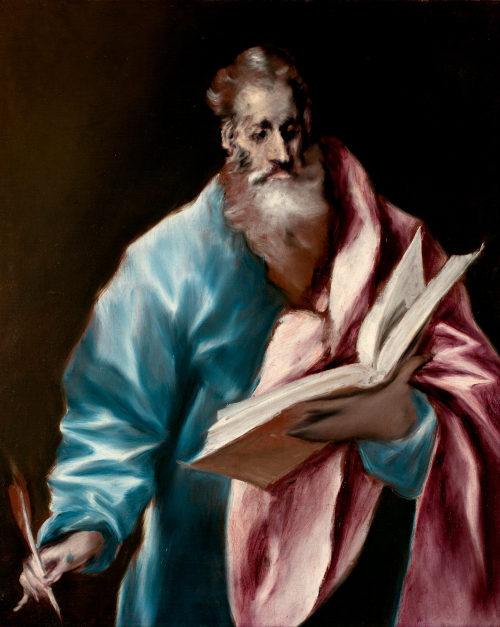 A study by El Greco of St. Matthew. In art, Matthew is often shown writing, sometimes taking dictation from an angel. This, of course, is because of his important role as one of the four evangelists of the New Testament. 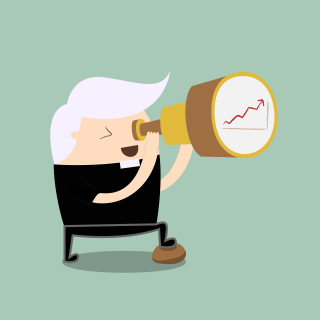 The bishop has released the Diocesan Guidelines for worship during Advent and Christmas Seasons. The pastoral staff will review and discuss them this week and develop a plan how to implement them at Holy Cross Parish.  Christmas Eve Vigil Masses may be quite earlier this year and live streaming mass to multiple sites on the campus are permitted. Social distancing guidelines and mass wearing regulations are unchanged.

It looks like some kind of seat reservation system will be necessary for some of our masses on Christmas Eve and possibly the Christmas Eve "Midnight" Mass. It's hard to tell how many people will really attend Christmas mass and to predict what those those who only attend mass several times or once a year will do. Maybe I should ask Dr. Fauci?

Happy to hear of your thoughts! Email the webmaster or leave a message with our parish staff. 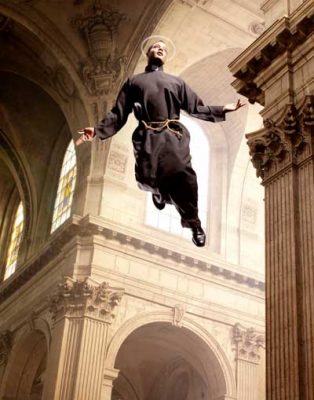 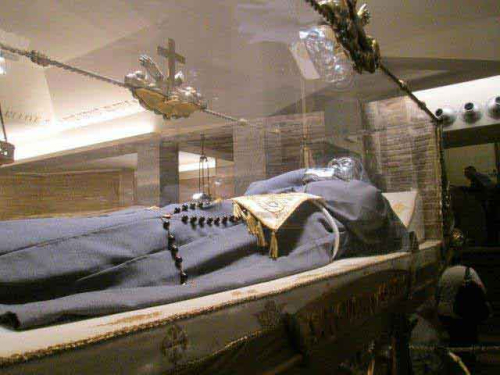 The first image is a bit startling, but that's why I chose it. The life of St. Joseph challenges what we believe about the miraculous in the modern world. His body is preserved in Ossimo, Italy at the monastery to which he was essentially banished in his final years to keep publicity surrounding him to a minimum.

Blessed Sister Leonella was a Consolata missionary sister who ministered for many years to the people of Africa as a nurse and nursing instructor. She worked to multiply the number of Catholic nurses ministering in the area by beginning training programs and schools of nursing for the native Africans. Due to the political unrest and persecution of Christians in Somalia, Sister had a difficult time returning to her mission there after taking a brief sabbatical back home in Italy. She persevered and only six weeks after her return to the missionary school she help found, she was shot in the back while leaving the school along with her bodyguard, who returned fire, but was also assassinated. It was speculated but never proven that the attack was in retaliation for remarks Pope Benedict XVI made weeks before wherein he quoted historic texts critical of the prophet Mohammed.  Emnity against Christians was already running high, since before leaving Italy for her final trip to Somalia, Sister remarked that she feared "somewhere there is a bullet with my name on it."  Her beautification follows the decision by Pope Francis that she was killed "in odium fidei" (in hatred of the faith.) She requires one miracle for official canonization.

Our Lady of Sorrows

Though not a household name any longer, the Empress of the Eastern Roman Empire saint Pulcheria Augusta deserves to be remembered for re-patriating the bones of St. John Chrysostom and for her role in both Ecumenical Councils of Ephesus (which defended Mary's title as God-bearer) and Chalcedon (which issued the definitive dogma on the natures and person of Jesus Christ). Upon assuming the duties of Empress, she vowed virginity and was said to have live as a nun in the imperial palace along with her biological sisters. 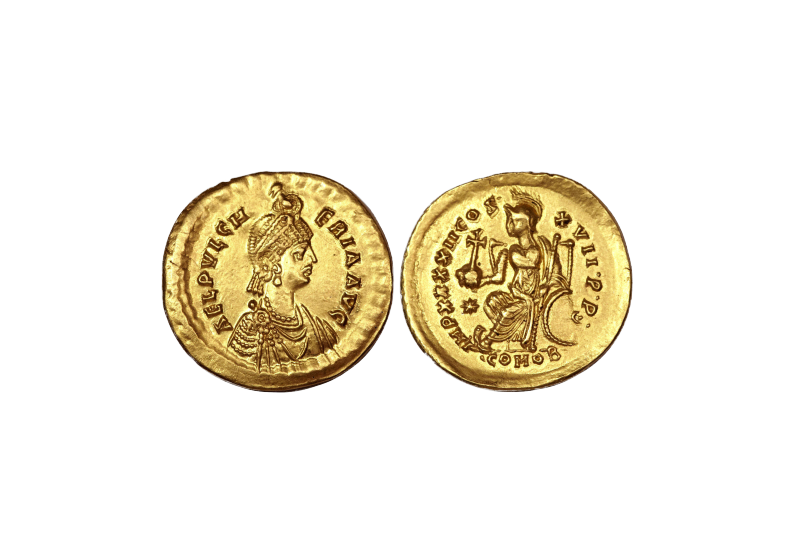 St. Peter Claver spent his life ministering to the slaves taken from the West coast of Africa and trafficked through Cartegena, Colombia. He established hospitals, including a leprosarium and bravely carried on his work even in the face of smallpox and other infectious diseases dangerous to his own health. He catechized and baptized tens of thousands of Africans and spent many hours not only caring for the personal needs of the native Africans, but in the confessional as well. Many miracles and cures were wrought through his intercession before and after his death. 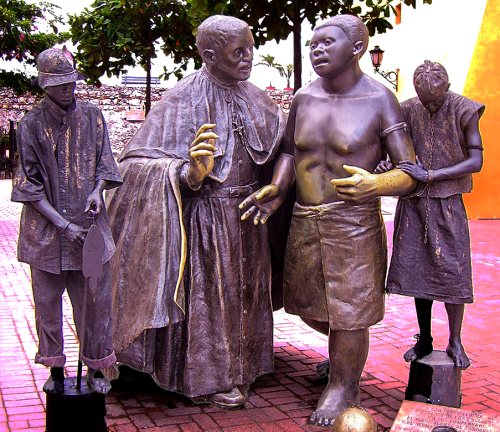 The central two figures, St. Peter Claver and a slave, are cast in bronze and are part of the sculpture. The "volunteers" on either side are performance artists. 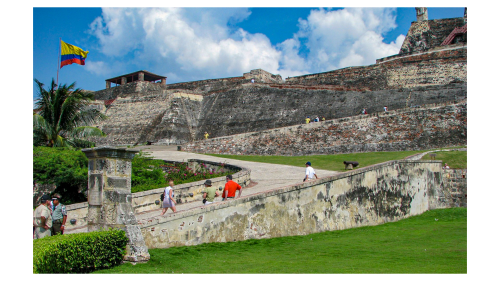 The ruins of the Spanish fortress at Cartagena. 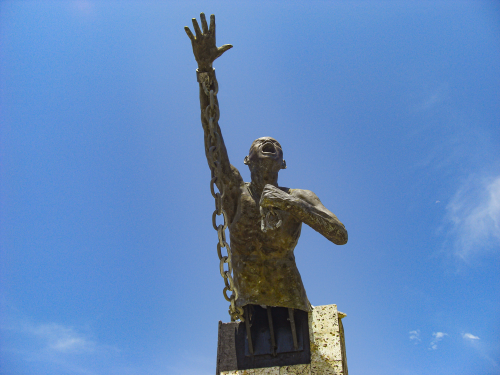 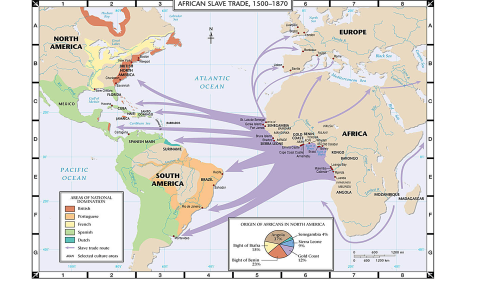 Cartagena, Colombia was the major disembarkation point for the African slave trade in the Americas.

Ignatius Strecker was a German immigrant who came to St. Louis, MO in 1853. He was miraculously healed of multiple rib fractures from a work related injury at which time advanced tuberculosis was diagnosed.

The miracle was attested by the Vatican and was the second of two miracles required for St. Peter Claver's canonization. For many years now, Strecker's descendants gather in the the parish church in thanksgiving. 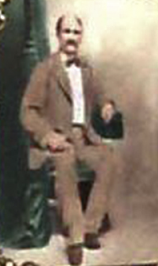 The Strecker descendants (below) 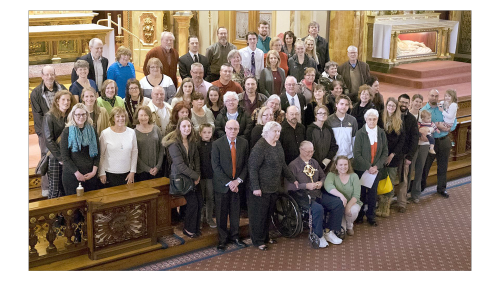 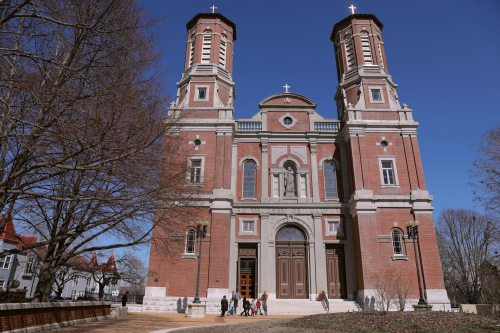 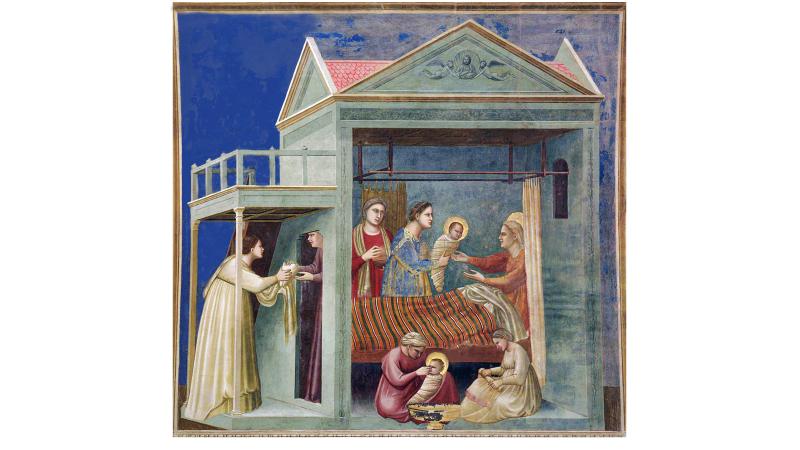