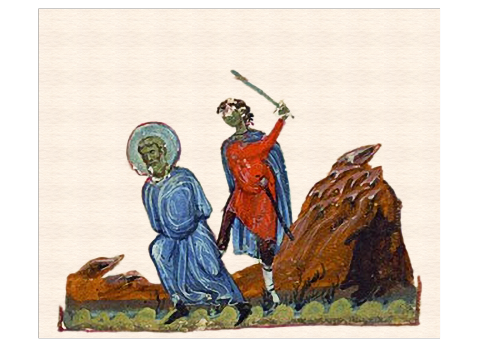 Bishop Cyprian of Carthage after evading capture to minister to his people was eventually exiled then executed for refusing to stop preaching the Christian faith and for dishonoring Roman gods and customs.

He was reported to have exclaimed "Thanks be to God" upon hearing the official pronouncement of his death sentence and tipped his executioner 25 gold coins just before being beheaded. 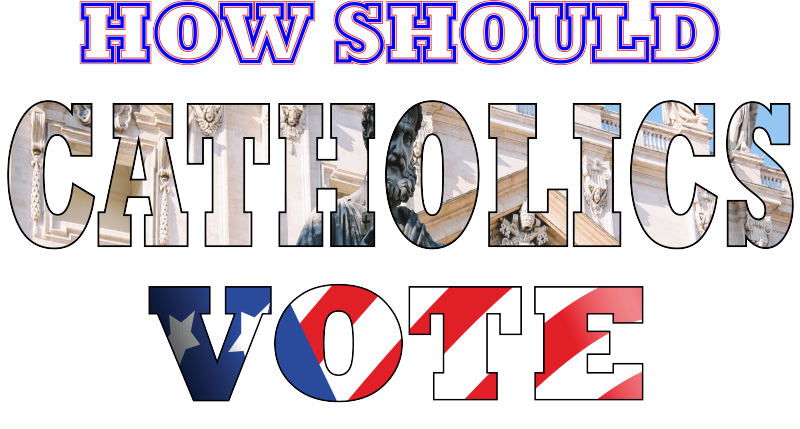 The Catholic Voter
Political rhetoric isn't even yet in full swing, but it is surely heating up prior to the November general election. It is timely to remind ourselves about the limitations we have in place on political rhetoric in churches.
There are many resources available from the US bishops and the NJ Catholic Conference to help Catholics form their consciences using Catholic principles.
The United Catholic Conference of Bishops has issued an updated addendum to Faithful Citizenship.
New Jersey Catholic Conference of Bishops website for insight on issues of importance to faithful Catholic citizens.  https://www.njcatholic.org/faithful-citizenship-1
A legalese document from the United States Conference of Catholic bishops explaining licit and illicit political activity by the Catholic Church, Political Activity and Guidelines for Lobbying by the Catholic Church.

Yesterday's painting of Monica and Augustine illustrates a discussion between Monica and Augustine about a vision he had. Augustine saw a vision of an angelic figure telling him not to worry, one day she (his mother) would come over to his way of thinking, e.g. the pagan philosopher's book he was reading placidly. Augustine couldn't resist the temptation to reveal this to his mother, who scornfully told Augustine that he had it all wrong, the angelic revelation meant that one day he (Augustine) would come over to her (Monica) way of thinking, in fact predicting his eventual conversion. That is why Monica looks so stern and angry with her son.

Augustine relates the incident in Book 3 of his Confessions.

It took me a bit of sleuthing to uncover the meaning of the inscription in this painting behind Augustine and Monica. Partly because painters often abbreviate or stylize the Latin they quote and partly because I was unaware of the event in the life of Monica and Augustine the painting illustrates.

Anyone want a go before I reveal the answer in tomorrow's homily?

(Hint: At this point in his life, Augustine is shown reading the philosopher Aristotle, judging by the inscription on the book. Monica is obviously not happy with him.) 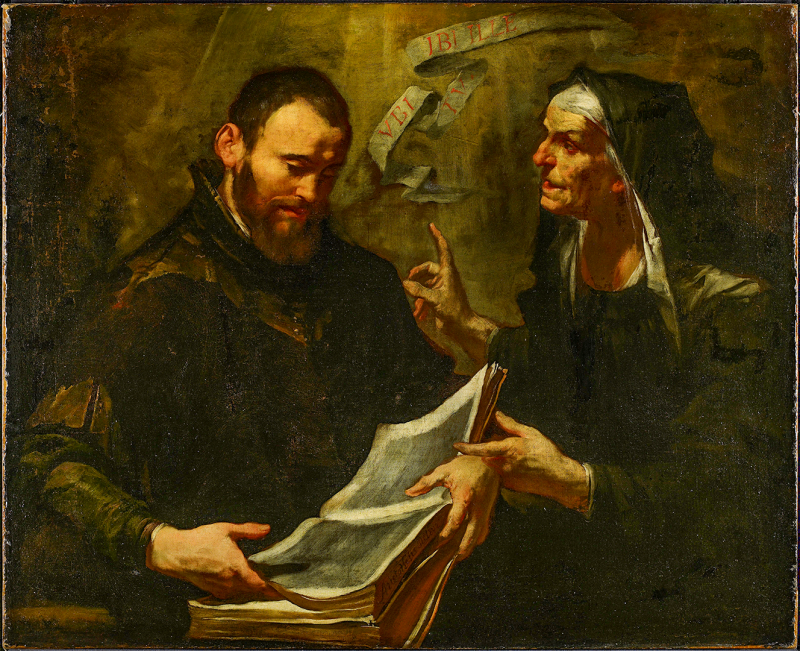 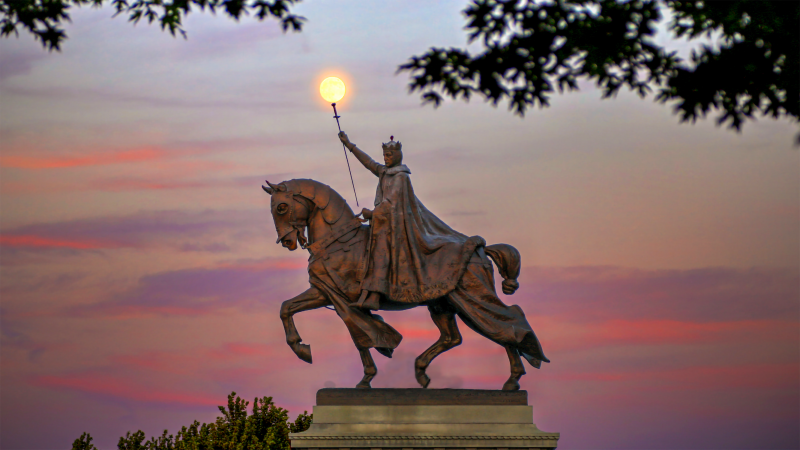 One of Holy Cross Church Window Saints. He was included in St. Francis' Church because of his importance to the Franciscans, recognized as patron/founder of the Franciscan Tertiaries. This statue was spared in the recent toppling of "objectionable, racist" statues, but not from the controversy.

Remember the recent announcement by the Vatican that Baptisms performed with “we baptize you” instead of “I” are invalid?  Recently a priest in his thirties, ordained for several years, was reviewing the video of his own baptism and was horrified to see that the deacon had used the invalid “we” formula to perform the priest’s baptism as an infant.

That means the priest was not a Christian at the time of his attempted ordination and all the sacraments he had performed, with the exceptions of baptisms, were not valid. The priest was sent on a hasty spiritual retreat and subsequently received all the sacraments of Christian Initiation followed a short time later by ordination to the diaconate and then the priesthood. Couples whom he married are being contacted by church authorities for further instructions. Though the many faithful parishioners who attended the priest's masses fulfilled their Sunday obligations (they tried to attend mass), none of them received Eucharist. Archbishop Vigneron has issued a statement on the webpage of the Archdiocese of Detroit explaining the situation and trying to soften the blow of the many invalid sacraments. The deacon who performed the priest’s baptism is deceased. (correction, retired.) He had been admonished in the late nineties to stop using the “we” formula, but nothing had been done about the baptisms he likely performed using the invalid formula, which were presumed to have been valid. Now there is a pastoral mess.

The words of a sacrament are given by the church. For the church to stand behind the validity of a sacrament, the proper words must be prayed using the proper matter of each sacrament. For the Eucharist, the "matter" means unadulterated, unleavened wheat bread (including low gluten) and unadulterated grape wine; for baptism, water; for Confirmation, sacred chrism; for Sacrament of the Sick, olive oil blessed by a priest or bishop, etc. The Vatican determined many years ago that zero gluten bread, rice flour bread, etc. could not be used for the Eucharist. To protect the integrity of the sacrament, parishes in our diocese were prohibited from using home made bread for Eucharist, since many contained added ingredients like honey or yeast.

Some of us remember the words of consecration being changed (for many vs. for all). This was a change instituted by the Church and thus permitted without invalidating previous masses said with the old formula. No individual priest or deacon can take upon himself the initiative to change the words or make substitutions to the matter of a sacrament.

How we pray and what we say matter.

Volunteers to Clean the Church Needed 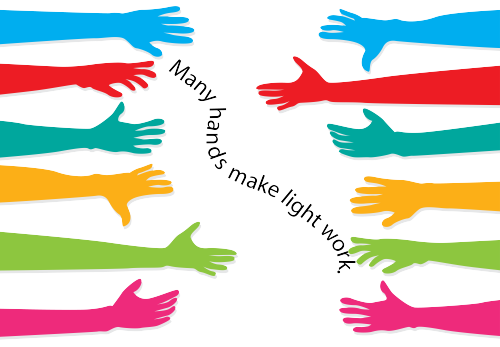 Such power was exercised by select European monarchs to prevent the election of popes they deemed inimical to their interests. Pius X was elected as a result of the papal conclaves unofficial choice having been vetoed by the Emperor of Austria. Nearly his first act as pope was to formally outlaw the influence of any foreign monarch over the papal conclave, interesting since he himself was a beneficiary of such a practice. 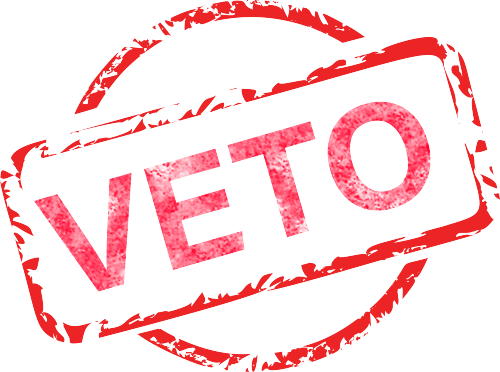 St. Bernard, Doctor of the Church

There is an interesting archive of images of St. Bernard of Clairvaux, many of which illustrate events in his life or themes prominent in his writing and preaching. There are, of course, many images of the Virgin Mary, consistent with his importance in the development of spirituality and doctrine about Mary. Similarly, many images depict his battling the devil and embracing the crucified Christ. Dante gave St. Bernard a role in escorting him to heaven in the Divine Comedy, probably due to Bernard's deep devotion to Mary. 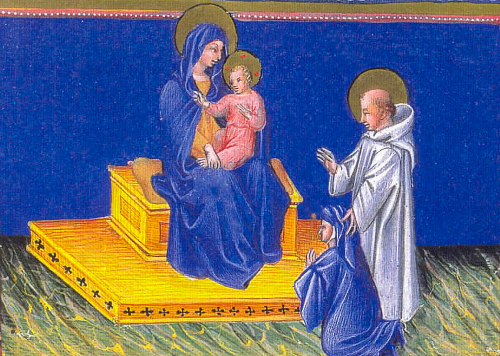 St. Bernard of Clairvaux presents Dante to the Virgin Mother and Child. 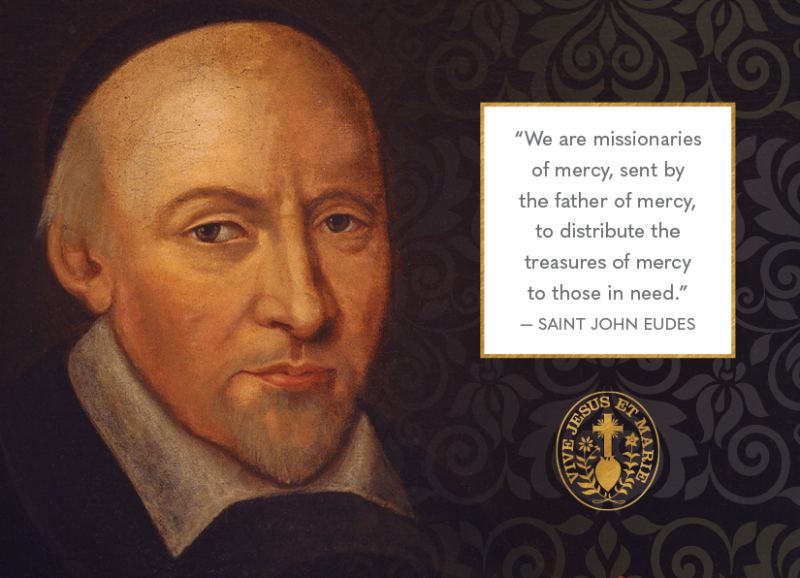 Today is the feast of St. Helena, mother of the Emperor Constantine. Her discovery of the true cross did much to originate and popularize the Feast of the Holy Cross beside restoring to Christian worship many pagan shrines built over places of importance in the life of Christ. Our Holy Cross windows features the miracle involved in her authentication of the true Cross of Christ. 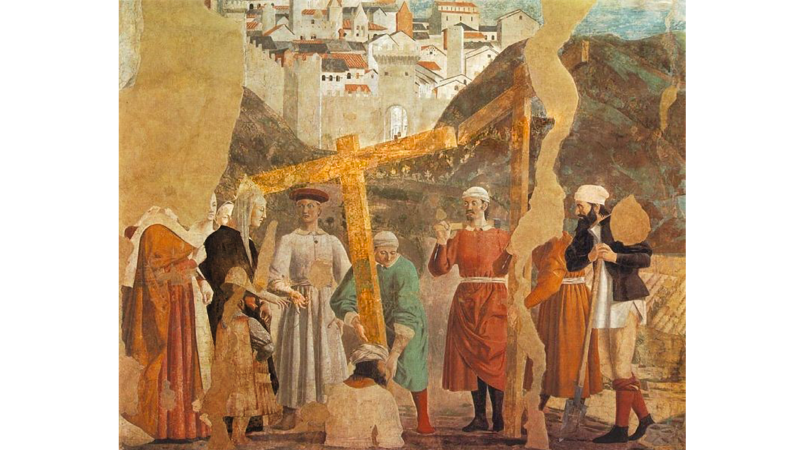 One of the fresco panels of Pierro della Francesca showing the excavation of the true Cross in Jerusalem. 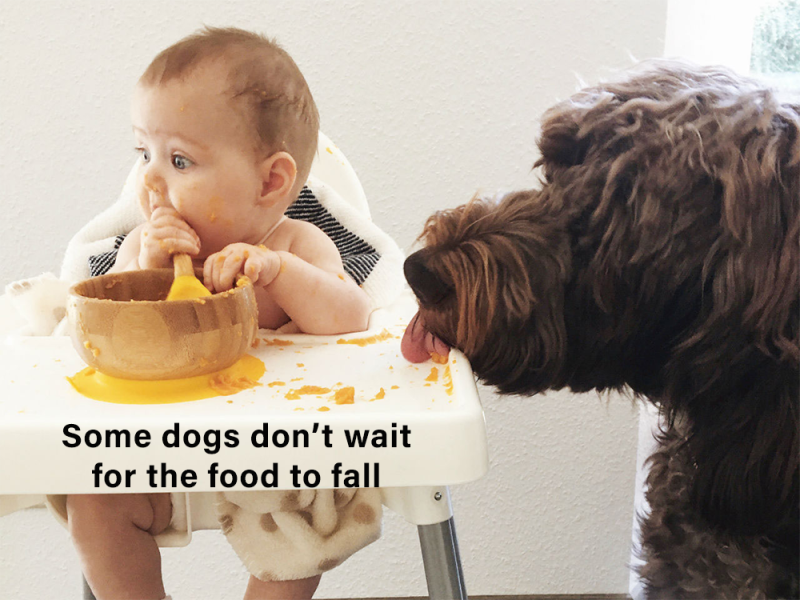 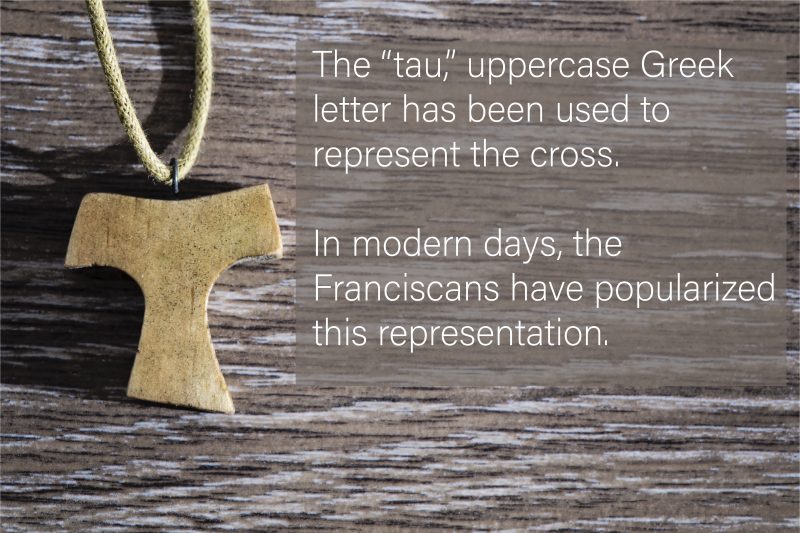 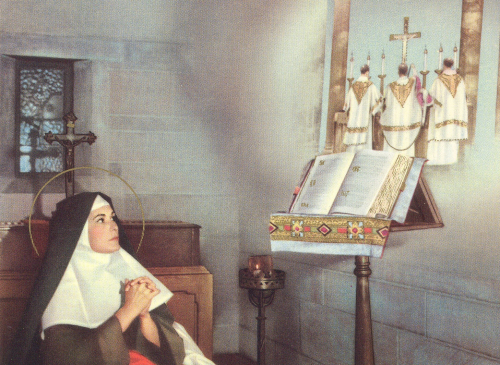 One Christmas, when confined to her bed in the monastery, St. Clare was able to watch the mass being celebrated in the basilica of St. Francis - with a kind of spiritual live-streaming.

I can imagine she is looking the shoulders of all those confined due to Corona and watching mass on the Web.

May her clear-sightedness and detachment from material things inspire us to use wisely the possessions and technology on earth,to educate and promote mutual respect. 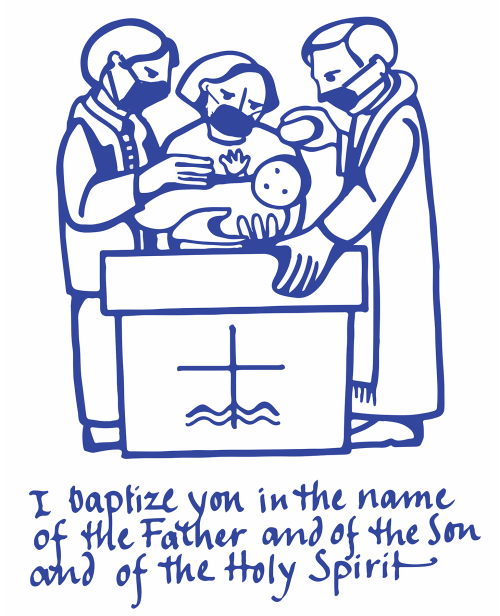 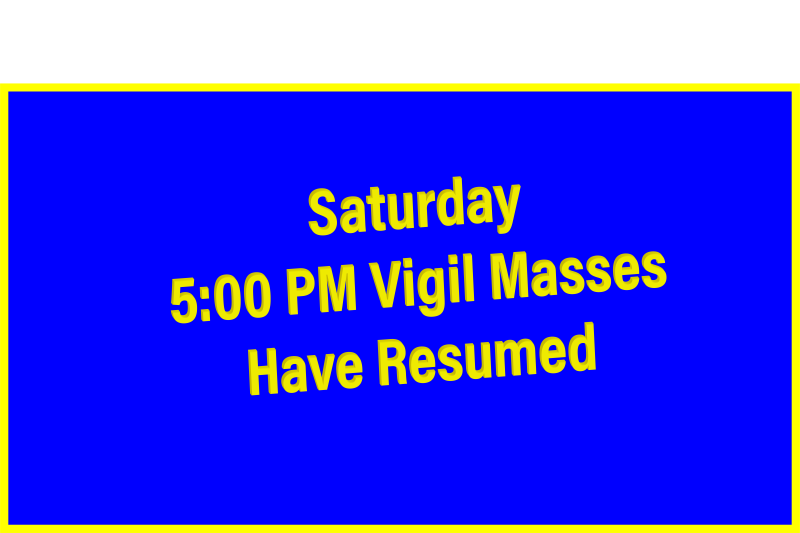