Thank You From Faith to Move Mountains

Thank you to all our parishioners attending mass last weekend for their patience and understanding as we presented the in-pew appeal for the Diocese's Faith To Move Mountain endowment campaign. As the pledge totals are tabulated, we'll keep you posted on our progress as a parish.

It's never to late to make a new pledge...online or via a card available in the church or at the parish center.

Thank you for your generosity to the needs of the church!

By now you have probably heard about the Diocesan Campaign Faith to Move Mountains and have likely been contacted by a member of our parish staff or a fellow parishioner. This weekend will bring the final in-pew appeal for the campaign to our parish. We will hear a message from Bishop O'Connell about the appeal and be asked to complete pledge cards if we have not already done so.

Thank you for your courtesy to our campaign volunteers and for your anticipated generosity.

Posted at 08:50 AM in Faith to Move Mountains Diocesan Endowment Campaign | Permalink | Comments (0)

We're very glad to begin this necessary work and anticipate that it will be completed shortly.

Today we observed the annual burning of blessed palm in anticipation of Ash Wednesday. Our school children gathered around the firepot which was stuffed with last year's palm branches and prayed as the palms were lit. We thought about Lent and the cycle of the liturgical year, especially the Easter Mysteries.

After the fire died down, we shouted "Alleluia" three times, in anticipation of our fast from that glorious word during Lent.

Next Wednesday, these ashes will be imposed on those marking the beginning of Lent on Ash Wednesday. 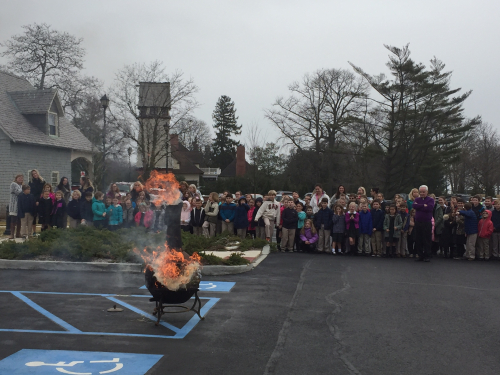 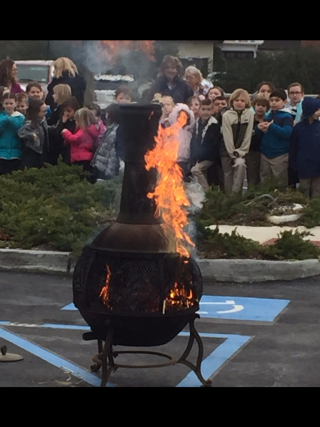 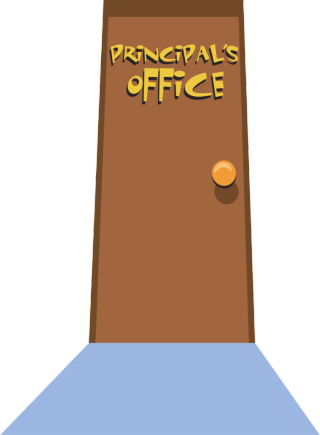 Fr. Manning and Dr. Margaret Boland of the Catholic Schools Office in Trenton are ex officio members of the committee.

Chris Huss has agreed to serve as Committee Chair and Teresa Makin as Secretary.

Advertisement for the position will be placed in media outlets next week. Deadline for receipt of applications is March 15 and the first round of interviews will be March 21 and 23.

Our first meeting was cordial, optimistic and mission-oriented. Please continue to pray for the right individual to lead Holy Cross School as principal to come forward.

Bring Your Marriage Into the Catholic Church 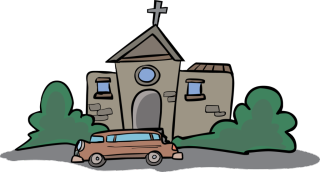 As we celebrate World Marriage Day and St. Valentine's Day our thoughts turn to love, marriage and family.

It's a perfect time to consider bringing your marriage into the Catholic Church if you have not been married by a Catholic priest or deacon. The process is not complicated and depending on whether or not prior marriage(s) need to be annulled, can be relatively quick.

Inviting Jesus Christ into your marriage brings abundant grace, enables the couple to celebrate Eucharist, accompany any children with the sacraments of initiation and above all to bring the love of Christ into the marriage.

There are brochures explaining the process at the entry of the church and online by clicking through to the Diocesan webpage. If you'd like to explore the process further, call the parish office or speak with Fr. Manning or one of our pastoral associates.  You'll be glad you did!

Bringing Your Marriage Into the Church brochure 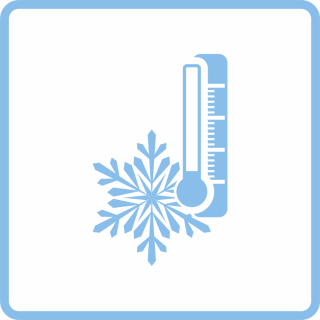 Our first meeting of the Principal Search Committee was scheduled for the day of the snowstorm, so it has been postponed until the same time next week, Thursday, Feb. 16th. Advertisements for the position will be placed shortly thereafter in various media outlets.

Meantime the Committee has been forwarded a copy of the recently completed Faculty Survey outlining their opinions on what kind of candidate we should look for.

Due to the delayed opening of school tomorrow, the Holy Cross School Students will not be able to join us for the regularly scheduled 9 AM mass, which was to have been one of the school masses.

We'll reschedule the children for another day. The mass will still be prayed at 9 AM, all circumstances favorable.

The Magnificat Lenten Companion Will Be Available

Once again this year, the parish will have copies of the Magnificat Lenten Companion available after all our masses beginning the Sunday before Ash Wednesday until the supply is depleted. If you would like to be sure to have one, they are also available for purchase from the Magnificat webpage and there is also an electronic version for Kindle, etc.

Many find the daily reflections helpful in cultivating a prayerful disposition during Lent. 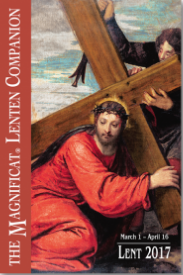 Link for Kindle edition at Amazon 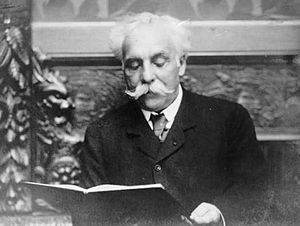 Take a musical retreat during Lent! On April 2d at 3:00 PM at Holy Cross Church we will host a performance of Fauré's Requiem.

The choral-orchestral setting of the shortened Catholic Mass for the Dead in Latin, composed between 1887 - 1890, is the best-known of his large works. Its focus is on eternal rest and consolation.  The composer himself noted that

Everything I managed to entertain by way of religious illusion I put into my Requiem, which moreover is dominated from beginning to end by a very human feeling of faith in eternal rest."

In place of the somber nature of many requiems that had gone before, Fauré’s is noted for its calm, serene and peaceful outlook. Anyone looking for morose themes is searching in the wrong place. Instead, here we find musical solace in a work that focuses not on the morbid, but on the supposedly restful and fear-free nature of death.(1) He described death as “a happy deliverance, an aspiration towards happiness above, rather than a painful experience”, and the Requiem encapsulates this feeling in a way that continues to hold audiences spellbound.(2) 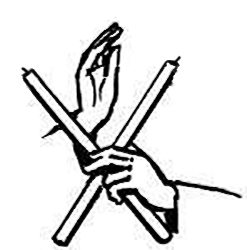 The blessing of throats on the feast of St. Blase with two candles has a long tradition in the church.

It comes one day after the Feast of the Presentation of the Lord at which candles for sacramental use in the church have been blessed in honor of Jesus Christ, The Light of the World.

One tradition about Blase's life is that after his ministry of healing, he retreated to a cave to live and a local woman brought him two candles to dispel the darkness in the cave.

His reputation as a healer was widespread, especially for disorders of the throat.

A sacramental blessing of the church for protection from diseases of the throat and illness of every kind is done on this day with crossed candles.