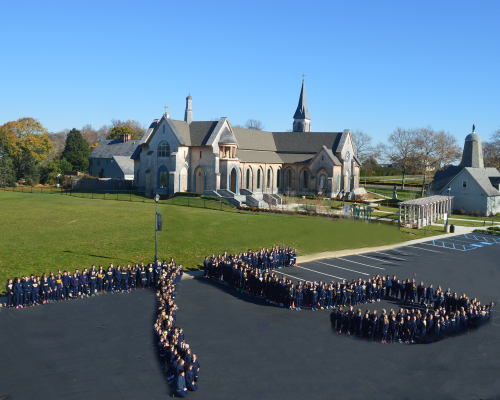 Congratulations to all on the celebration of Holy Cross School's 75 Anniversary as we begin Catholic Schools Week  in the Diocese.

We owe a debt of gratitude to the hard work and sacrifice by generations before us that carried Holy Cross School forward. Catholic Schools Week will celebrate the achievements of the past and encourage us to work diligently for the future. Thank you to all our faculty and staff, the parents of our school children and the parishioners who support our school and give it such a strong spiritual and fiscal foundation.

To begin Catholic Schools Week at Holy Cross, many of the students visibly participated in the mass as greeters, gift bearers, altar servers. A reception with light refreshments followed with tours of the school available for those who wished them.

"Life Is Winning Again In America"

Vice-President Mike Pence, the highest ranking administration official ever to address the March for Life in its forty-four year history, stirred hearts  with his hopeful words today.

In a far-ranging, 10 minute speech, the Vice-President confided that President Trump had asked him to attend today's march and that the President also extends his welcome to the marchers in Washington.

Pence highlighted two of the president's efforts for life so far: 1) his re-institution of the "Mexico City Policy" which prohibits the use of federal dollars for international organizations which promote or provide abortion; 2) he assured the crowd that next week, Trump would nominate a justice for the Supreme Court who stands for life, lamenting that the Supreme Court had turned away from life with its decision on Roe v Wade.

"Life is Winning in America" is a phrase the Vice-President used several times in his address, thanking the crowd for supporting life, but especially for their compassion toward mothers and their unborn children in crisis. He reminded listeners that when it comes to matters of the heart, gentleness is the strongest virtue of all.

He quoted both the Declaration of Independence and the words of Thomas Jefferson to assert that the right to life comes from God. Importantly, he pledged that the administration would work to bring about an end to tax payer support for abortion and for those who provide them. (emphasis mine)

The vice-president longed for a time in America when compassion is greater than confrontation and hope defeats despair. He urged that Pro-Lifers continue to use love and compassion as their message, not confrontation or anger.

Quite a speech, really - especially coming from the White House.

On The Right Path 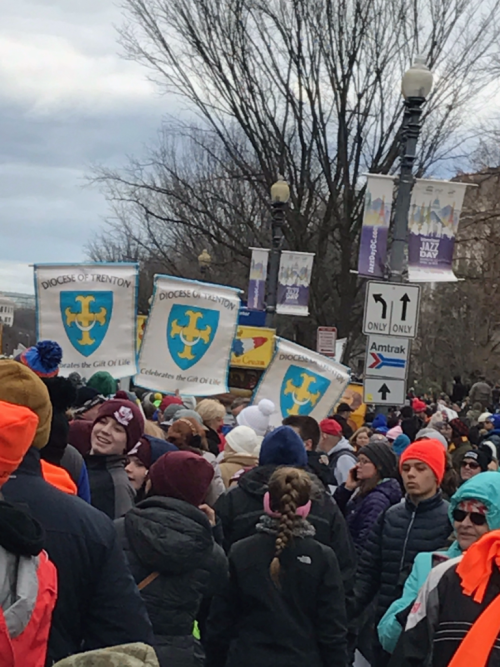 On The Right Path 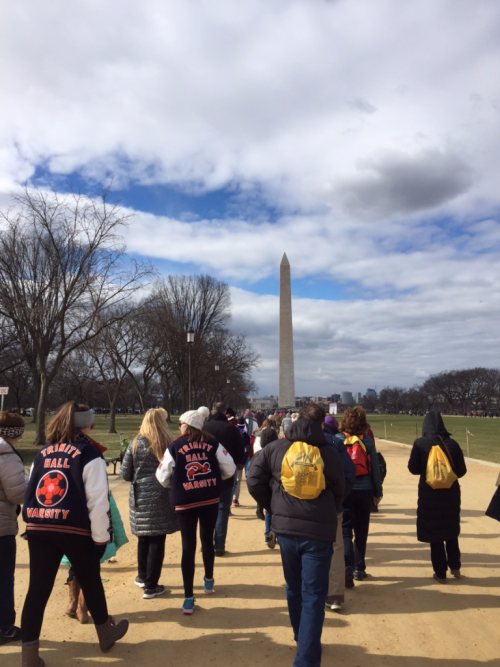 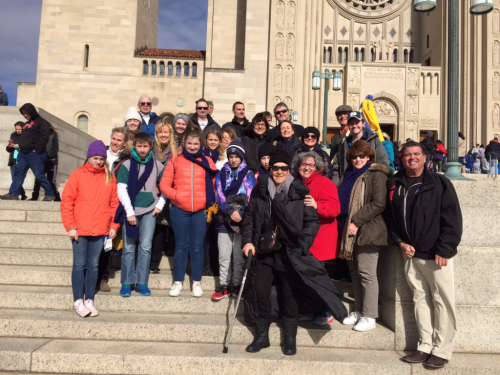 March For Life Contingent From Holy Cross Off To Washington

Thankfully the weather looks relatively placid between here and Washington, D.C. and the temperature won't dip below freezing.

Our contingent, along with parishioners from nearby parishes got an early start this morning. No pictures yet, but hopefully soon.

Please pray for the success of all our prayers. As you may know, President Trump has already re-instated the "Mexico City" policy, which prohibits the international use of federal tax dollars for organizations which promote or provide abortions. 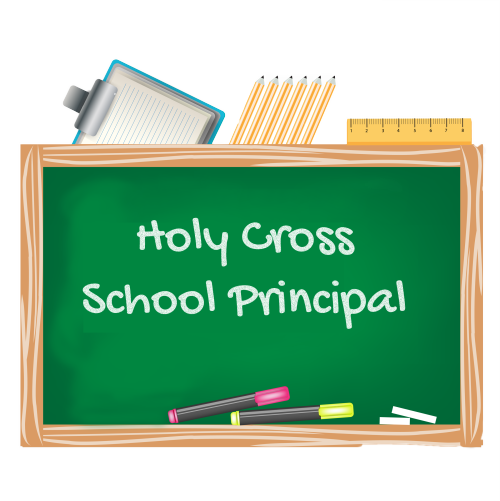 It is with great pleasure I announce the members of Holy Cross School’s Principal Search Committee:

Thank you to the Committee members for agreeing to serve. Both Fr. Manning and Dr. Boland are ex-officio members of the Committee and will attend all interviews and discussions.

The Committee will meet soon for orientation with Dr. Boland, a presentation by Mr. Belluzzi and begin work immediately. A profile for the school will be assembled, announcement(s) advertising the position will be placed and the logistics for collecting, reading and evaluating the resumes before the committee begins interviews will be developed. The Committee makes its recommendations to the pastor, who upon approval, forwards the application to the Office of Catholic Schools for final approval. It is important to stress that all committee deliberations and applicant resumes are confidential.

All the Committee members know the school very well and have been working closely with Mr. Belluzzi and myself over the years. The school faculty has already been sent questionnaires seeking their advice to the Committee regarding the qualities needed by applicants for our School Principal.

Even at this early date, two other Catholic grammar schools in our diocese are seeking new principals. Please pray that the Holy Spirit inspires the right applicant to be able to join us and our Search Committee with right judgment. 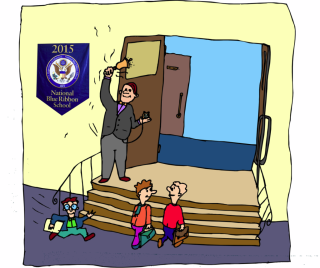 As many of you have heard, Mr. William Belluzzi, our school principal is retiring from full time administration and will not be returning to Holy Cross next year. You will hear much more about this when the academic year nears its end.

The process is clear and simple and the Diocese guides us through it so that all of the Committee's energy can be focused on finding the very best person for Holy Cross School.

The members of the Committee will be announced when all have accepted their appointment.

Please pray for that spiritual, generous and highly qualified person to come forward!

Communication Plan for Faith In Our Future

The Office of Communication and Media has announced the plans to publish Bishop O'Connell's decisions regarding the Faith In Our Future plan you have  been hearing so much about.

There will be an eight-page newsprint hand-out from The Monitor available at all the Masses on the weekend of Jan. 28 and 29.

In addition to this print hand-out, the FAITH IN OUR FUTURE report will be available on the diocesan website and The Monitor website.  We will publish the links on the parish webpage and on this blog.

The special publication will also be included inside the Jan. 26 issue of The Monitor. 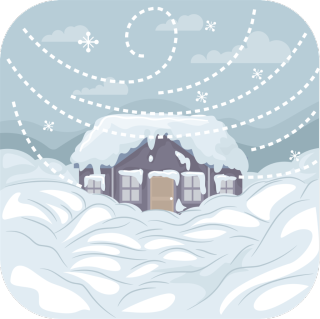 Bishop O'Connell has not issued a diocesan wide dispensation from the obligation to attend Sunday mass this weekend since as of 8 PM Saturday only a winter storm watch remains in effect.

The storm is predicted to move offshore later this evening and so it should be safe enough to venture out tomorrow. Be prudent in deciding whether to drive or walk outside.

If it's still accumulating or drifting, he has allowed pastors to grant dispensation depending on the local circumstances.

Remember us, O God;
from age to age be our comforter.
You have given us the wonder of time,
blessings in days and nights, seasons and years.
Bless all your children at the turning of the year
and fill the months ahead with the bright hope
that is ours in the coming of Christ.
You are our God, living and reigning, forever and ever.
R/. Amen.