The Annunciation Window at Chartres Cathedral 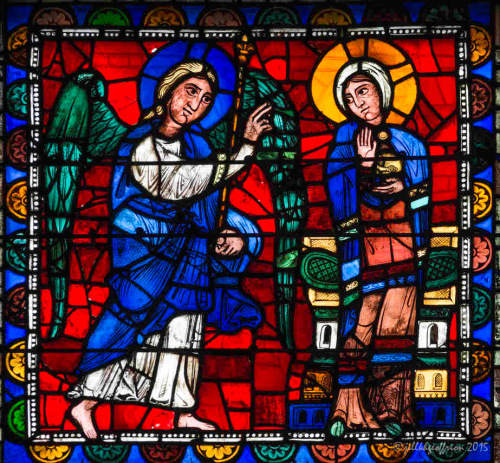 We celebrate the Solemnity of the Annunciation nine months before Christmas on March 25th. This year because the solemnity fell on Good Friday, the celebration was moved to April 4th.

Advent is an appropriate time to recollect what began 9 months ago with the announcement of the Angel Gabriel - the virginal conception of Jesus.

Next week we will celebrate the Immaculate Conception on December 8th - the Immaculate conception of the virgin Mary who was spared from Original Sin from the first moment of her existence.

Advent Resources for the Family

Each year the resources available on the USCCB website get better and better.

Be sure to check out the daily Advent Calendar, reflections for each Sunday in Advent and a blessing for the Advent wreath in the home.

Advent Resources from the United States Conference of Catholic Bishops 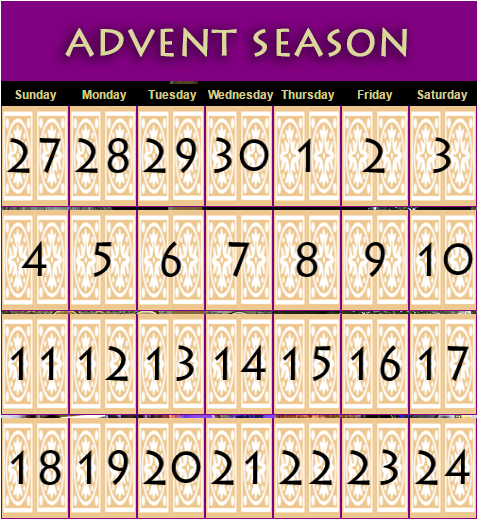 There is an Advent Calendar and a Daily Family Calendar among other resources. 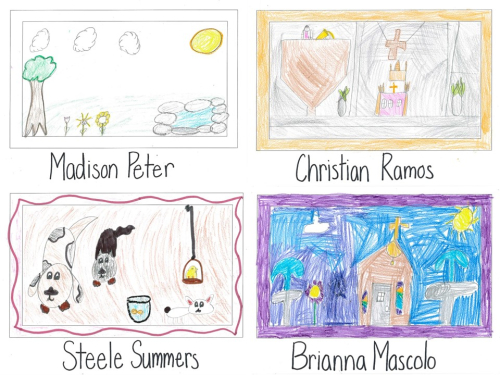 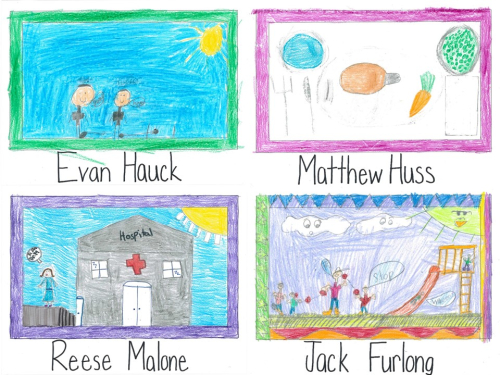 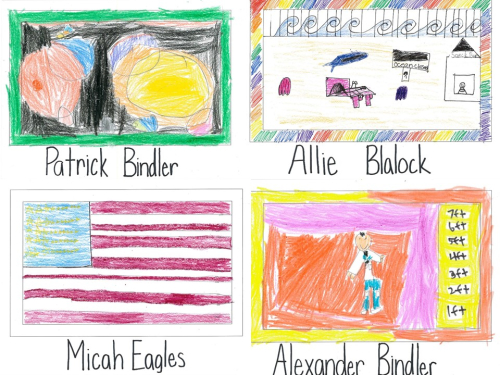 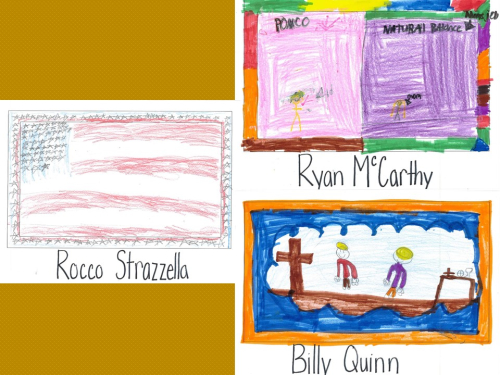 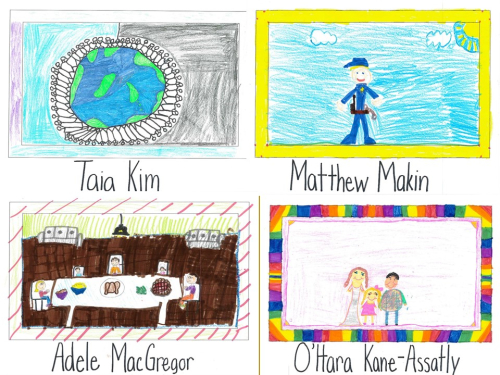 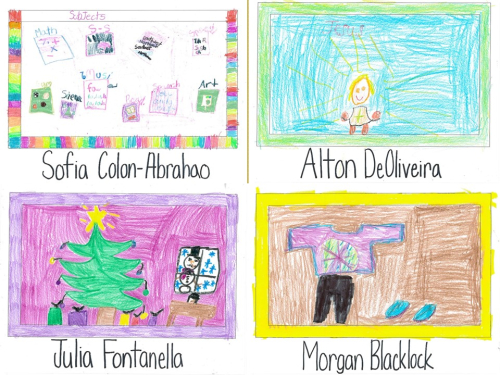 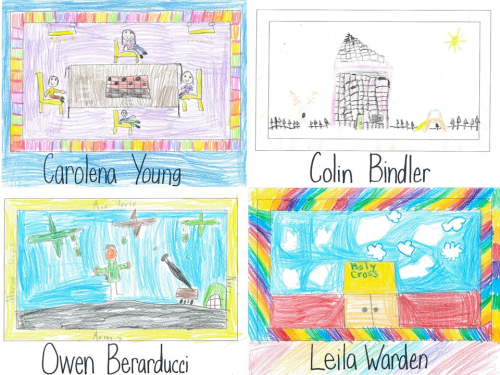 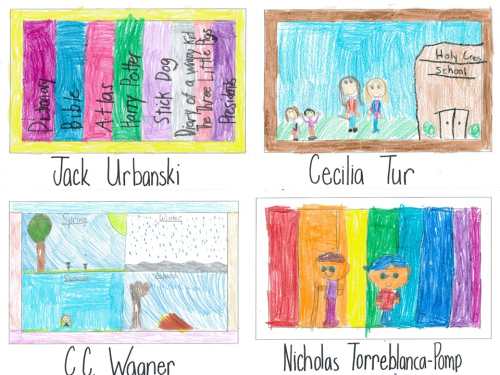 The Root of Joy Is Gratefulness

Brother David Steindl-Rast, a Benedictine monk now associated with a group called Gratefulness.org, reminds us that

We're guilty of thinking the other way around, especially when we expect gratitude to spontaneously well up from an unhappy heart. To be grateful we must be observant and focus more on what we already have than what we feel need.

May we experience the joy which comes from gratitude this Thanksgiving! 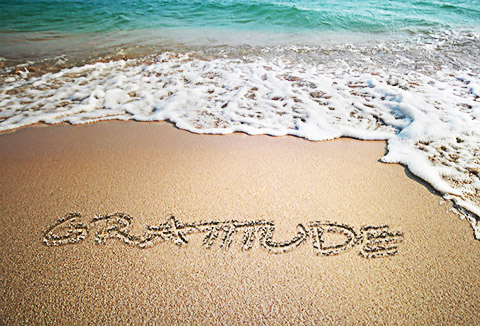 Our Liturgical Art and Environment Committee got to work today preparing the church for Advent. 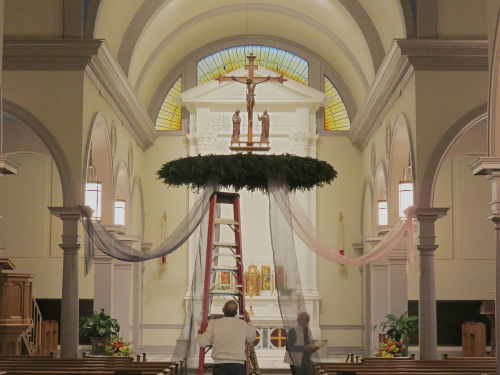 It was a privilege to commission and recommission our Extraordinary Ministers of Holy Communion last Sunday at the 10:30 AM mass.

Not only did Beyer Studios fabricate the remaining windows for the church before Christmas as they had anticipated, they finished them before Thanksgiving!

The windows were installed today in the North Transept. I took these photos at 4 P.M. when the sun was not at its brightest, but we'll get another set in better lighting. 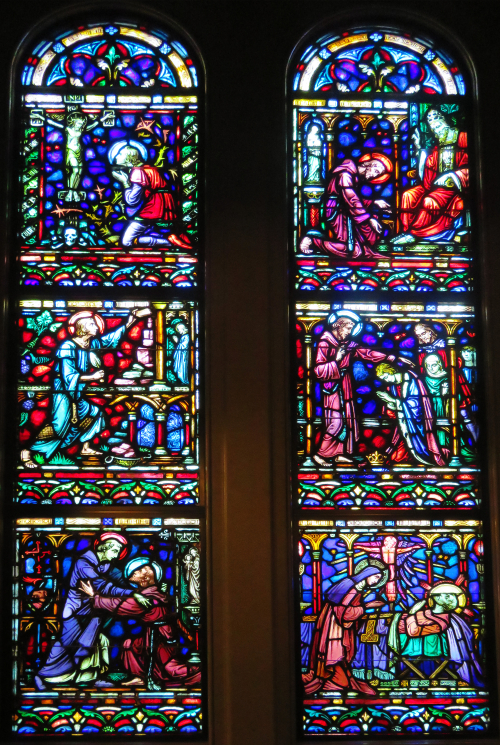 These are most of the remaining events in the life of Francis cut from the full-sized windows we purchased from the former St. Francis of Assisi parish in Germantown, Philadelphia.

A statement from Cardinal Timothy Dolan of New York Chairman,
United States Conference of Catholic Bishops' Committee on Pro-Life Activities
Seven jurisdictions in the United States have now opened the legal door to this dangerous abuse of medicine, an alarming trend that must be stopped for the sake of human dignity and the sacredness of life.
In Colorado, Proposition 106 legalized the ability of a doctor to write prescriptions for the sole purpose of killing another human being, and the ability of insurance companies to refuse treatment of patients they consider terminal. The DC law is the most expansive and dangerous so far. It goes beyond assisted suicide by allowing third parties to administer the lethal drugs opening the door even further to coercion and abuse.
Every suicide is tragic, whether someone is young or old, healthy or sick. But the legalization of doctor-assisted suicide creates two classes of people: those whose suicides are to be prevented at any cost, and those whose suicides are deemed a positive good. We remove weapons and drugs that can cause harm to one group, while handing deadly drugs to the other, setting up yet another kind of life-threatening discrimination. This is completely unjust. Our inherent human dignity does not wane with the onset of illness or incapacity, and so all are worthy of protection.
The act of prescribing a fatal, poisonous dose, moreover, undermines the very heart of medicine. Doctors vow to do no harm, and yet assisted suicide is the ultimate abandonment of their patients.
What seriously ill – and often depressed -- patients need is authentic support, including doctors fully committed to their welfare and pain management as they enter their final days. Patients need our assurance that they are not a burden -- that it is a privilege to care for them as we ourselves hope to be cared for one day. A compassionate society devotes more attention, not less, to members facing the most vulnerable times in their lives.
So doctor-assisted suicide must now be opposed with renewed vigor. Catholics must join medical professionals, disability rights groups, and other concerned citizens in fighting for the authentic care of those facing terminal illness.

Get Ready For The New Year

It was beautiful to spend an hour last evening praying to Jesus in the Blessed Sacrament with so many parishioners and their families. Thank you to Mr. Feerst and the Holy Cross Youth Group for joining us as well. It was wonderful to see parishioners of all ages come together to pray.

Posted at 10:00 AM in Eucharistic Adoration, Prayer | Permalink | Comments (0) 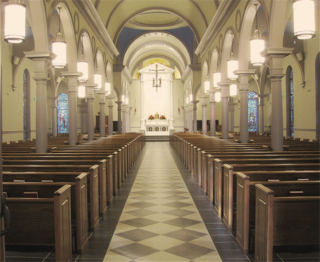 Work on the two new stained glass windows is proceeding and the maker hopes to have them installed in the two clear windows in the North transept by Christmas.

Very preliminary planning is being done for the artwork to be installed on the reredos above the Tabernacle. Watch for more information on this over the coming months.

Holy Cross Mini Parish Office on Sundays After the 10:30 AM Mass 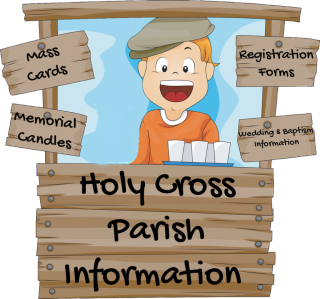 Beginning in December, coincident with the opening of the mass intention book for the year, we would like to experiment having an outreach parish office in the North transept in the large, mostly unused "cry-room."

A volunteer would staff the desk after the 10:30 AM mass for approximately 30 minutes or so, to serve the people who have attended that mass. A wireless connection to the parish office computer system will allow us to schedule memorial masses, distribute Memorial Mass cards, reserve Memorial Candles in the Prayer Garden and distribute new parishioner registration forms.

If the experiment is successful, we'll consider expanding it to other masses.

We need volunteers to learn the mass scheduling software (easy) and be available by schedule from approx. 11:30 AM to noon. Please call the Parish Office

If you are interested in a reading a thoughtful book for Advent, Benedict XVI's interview with Peter Seewald compiled as the book, "Last Testament in His Own Words" will reward you well.

A thoughtful, humble and reaslistic assessment by the former pope of his time of service to the Church before, during and after his papacy. It is sad to listen to him report his declining health and energy, but his insight and most especially his love of Jesus Christ remains undimmed.