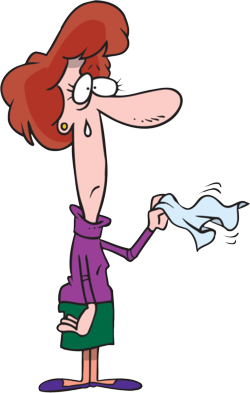 I suspect most parishioners will not miss worshiping God in a gym, however upscale the gym might be. When we constructed the new facility we were careful to incorporate some features which would set it apart from a simple gymnasium in consideration not only for its varied use by the school and parish, but also since we anticipated celebrating weekend masses there when the new church was under construction. That time turned out to be longer than we hoped, but it not only served our needs, but those of the school and parish as well.

All of our parish community will still share the "gymatorium," built with generous donations from school families and parishioners alike.

Thanks to our staff and the legions of volunteers who set up and put away countless numbers of chairs countless number of times for mass, weekend basketball games and other events. 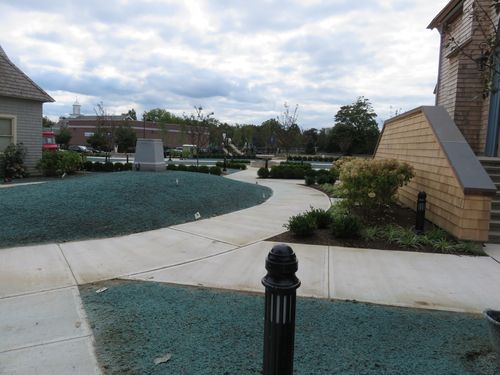 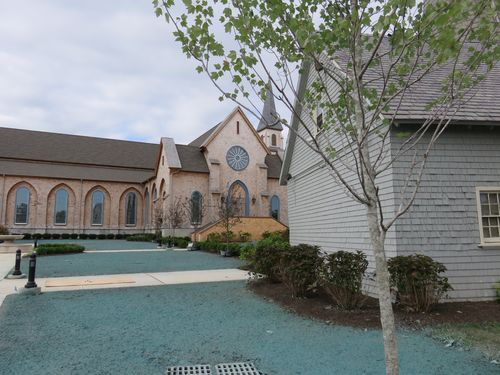 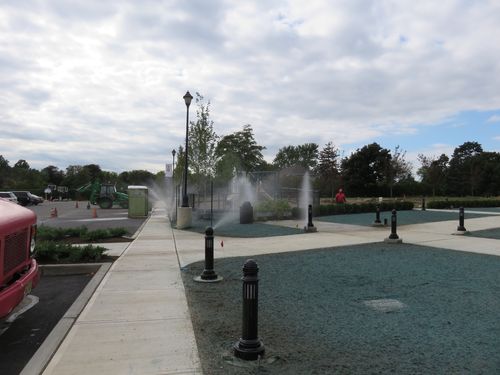 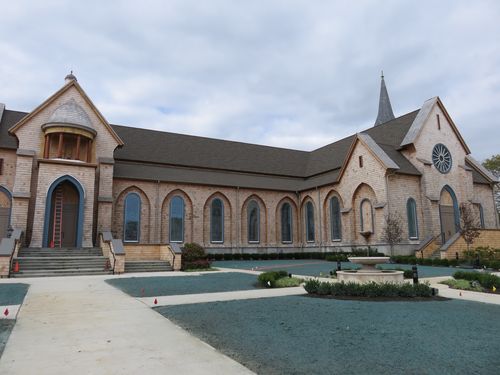 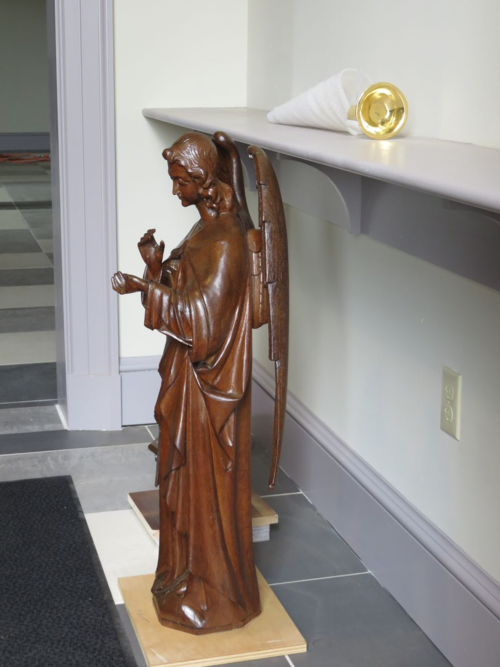 Trumpeting angel waits for the cue. 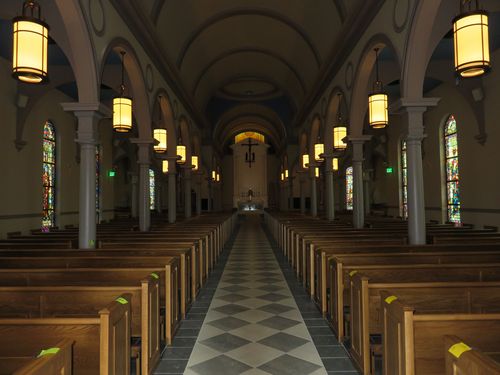 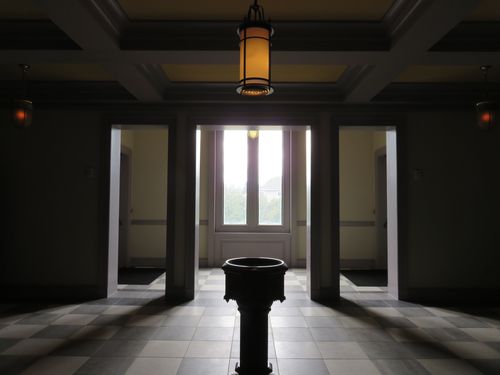 The Rood has been lowered into final position for the dedication and looks great. The track lighting in the sanctuary ceiling will be aimed at specific points in the sanctuary. One will be used to illuminate the cross. 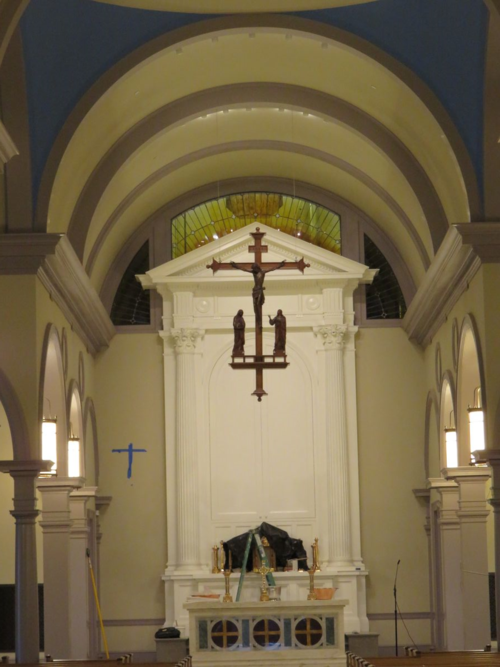 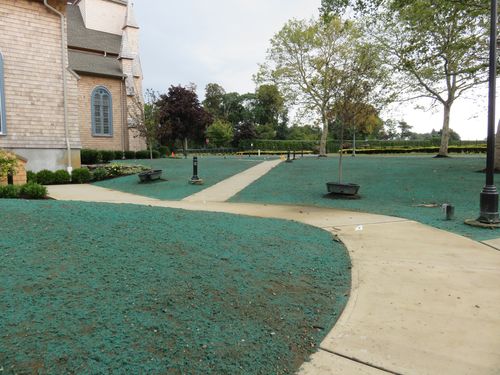 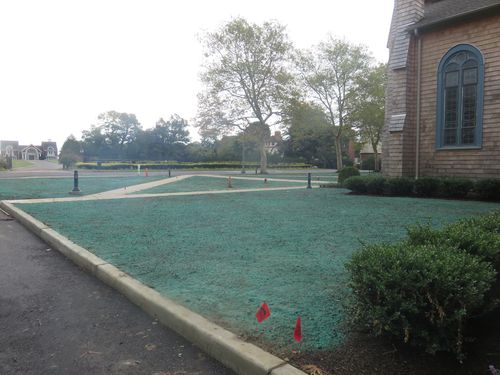 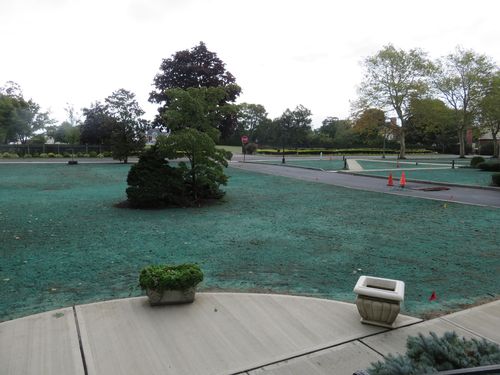 It was a real pleasure to watch the spraying of the green on the topsoil around the church and rectory yesterday. It continued even during the lightest part of the rain.

It's not quite finished in the front of the church garden and plaza and I'm not sure what impact the coming of three days of forecasted rain will have on the timeline.

Grass seed was both spread on the ground prior to the spraying and was also included in spray mix.

Wedding Annulments and the Diocese of Trenton from Bishop O'Connell

The revisions of canon law concerning the marriage annulment process promulgated by Pope Francis in his September 8 motu proprio letter Mitis Iudex Dominus Jesus (The  Lord Jesus, the Meek Judge) take effect December 8, 2015.  Until that date, the annulment process in the Diocese of Trenton will continue as it currently exists and those with cases currently pending will not be affected.
In canon law, valid consent exchanged between one man and one woman makes the marriage valid.  NO CHANGE PRESENTED HERE.
Marriages are presumed to be valid unless proven invalid through the annulment process. NO CHANGE PRESENTED HERE.
Annulments are not “divorces, Catholic style.”  A divorce is a declaration of civil law that the parties to a marriage have permanently separated because the marriage union has irreparably broken down.  The Catholic Church believes and teaches that, despite a divorce according to civil law, the “bond of marriage” cannot be dissolved by any power except death.   Divorced Catholics, therefore, are not free to remarry unless: (a) the spouse dies; or (b) an annulment is granted by the Church.  An annulment on the other hand is a declaration of canon law that the original consent to marriage was defective to the point that no marriage actually or ever took place.  Such a declaration requires investigation and proof.  Just as a civil divorce has no effects before the Church, a Church annulment has no effects before civil law.  For example, the children of an annulled marriage do not become illegitimate.   NO CHANGE PRESENTED HERE.
The only fee attached to the granting of an annulment concerns the costs of services employed in the process (eg., secretarial assistance and salaries in the Tribunal; the use of experts by the Tribunal; office utilities, stationery, communications in the Tribunal; maintenance of the Tribunal, etc.).  The Diocese of Trenton requests a $700 contribution for these purposes.  Last year, the a Diocese subsidized 2/3 of all Tribunal costs with contributions constituting less than 1/3 of all costs incurred.  Pope Francis has not eliminated this fee.  He has “recommended” its elimination whenever possible, in accordance with the considerations of the episcopal conference of the country and the ability of Tribunals to support themselves.  The total cost of the Tribunal operations to the Diocese was $292,412 last year alone.
The revisions to the annulment process made by Pope Francis that will affect the Diocese of Trenton include:
1. The required automatic appeal of an affirmative decision regarding marriage nullify has been eliminated; parties may make an appeal if they so choose;
2.  The process itself has been simplified with the local bishop being granted more authority;
3.  The texts of some provisions of canon law have been changed; the revisions are procedural in nature and do not alter Church doctrine;
4.  The local bishop has been asked to develop structures for his Diocese that demonstrate an effort to expedite the marriage annulment process.  These will be communicated once developed.
The December 8 implementation date provides the Diocese of Trenton with ample lead time to study the revisions further, to discern their consequences and to make any required changes deemed necessary.  As Bishop, I do not anticipate the transition to be unduly burdensome.  Any effort to make ecclesiastical procedures less bureaucratic and more accessible, without compromise to Church teachings and beliefs, should be seen as positive.
Most Rev. David M. O'Connell, C.M., J.C.D., Bishop of Trenton

Rite of Dedication of a New Church

The Rite of Dedication Bishop of O'Connell will pray mirrors the sacraments of initiation: Baptism, Confirmation and Holy Communion.

I think praying the liturgy with this general framework in mind will add not only to our understanding of the liturgy, but also to its JOY.

P.S. How could I forget?? Incense, lots of incense...the whole church: people and building! 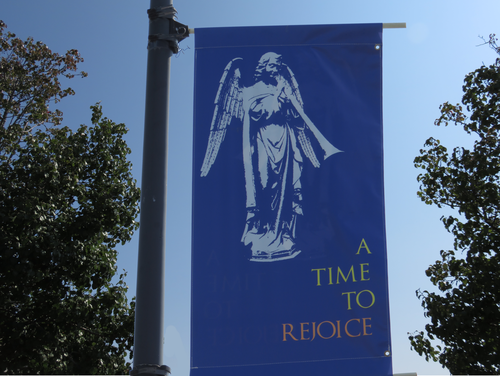 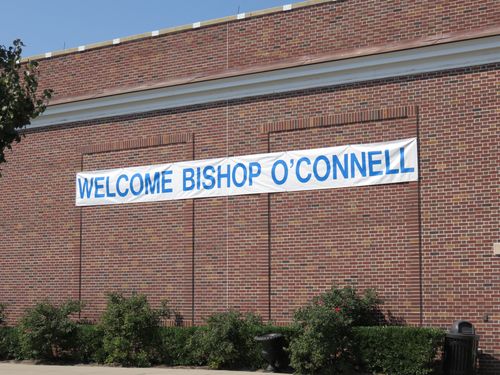 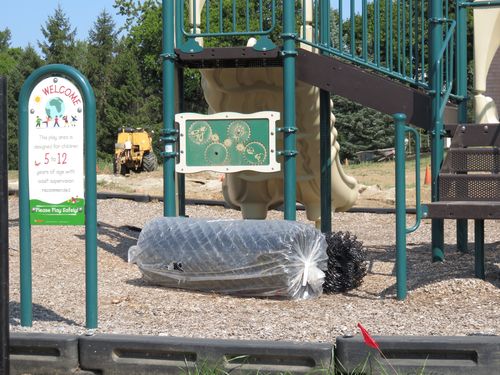 The fence installer has arrived this morning to begin work on a 4 ft. high chain link fence around the playground and  wooden board-on-board fence to enclose the air conditioning units and well pump.

When the fence is done, the playground will be restored with new mulch.

Welcome Back to School ! 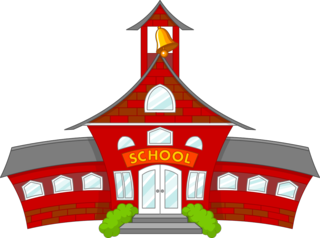 Holy Cross Parish welcomes back the students of Holy Cross School after a beautiful summer. Our campus is quite a bit different than it was at year end's dismissal.

The playground has been rigged with a new sprinkler system and irrigation well, just about ready for use. Soon to come will be a code-required chain link fence around the playground equipment and a new fence alongside the church the length of the playground field to provide security for our children while playing and keep them under the watchful eyes of their teachers during recess.

A new, we surely hope, "leakproof" roof has been installed on the school building just in time for the new academic year.

And lastly, the Mass to inaugurate the school year is scheduled to take place in our new church later this month, just after its dedication by Bishop O'Connell. 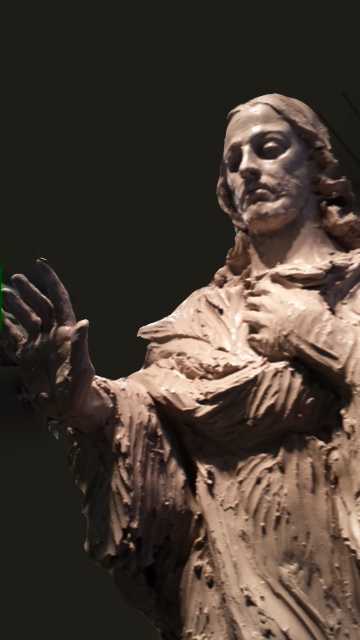 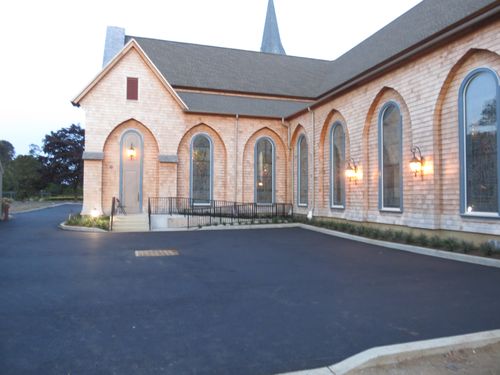 The cabinet woodwork and stained glass windows from Holy Rosary Church have arrived and are in the church basement awaiting assembly. The cabinet will be housed on the west wall of the St. Joseph Meeting Room and illuminated from behind the stained glass. 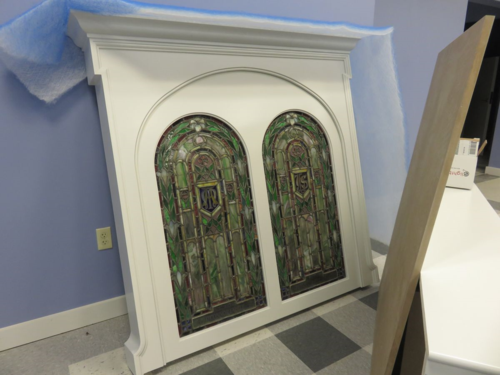 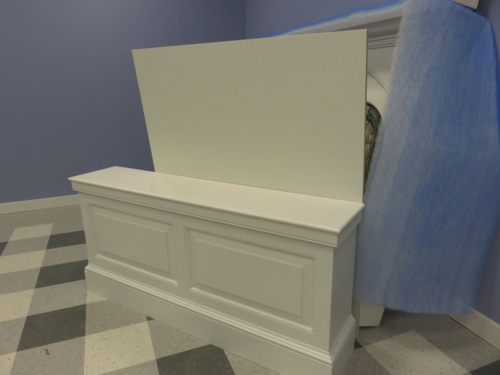 More Information On Passes for Papal Events in Philadelphia

FOR ANNOUNCEMENT AT ALL MASSES, VIGILS Sept 5 AND SUNDAY Sept 6, 2015

(2) the combined Festival of Families on Saturday, September 26 at 7:30 pm and the Papal Mass on Sunday, September 27 at 4 pm.  Both of these events will take place on the Benjamin Franklin Parkway facing the Philadelphia Museum of Art.

Passes are offered specifically to registered parishioners of the Diocese of Trenton on a FIRST COME/FIRST SERVED BASIS and will be for either the Independence Hall Visit on Saturday, September 26 or the combined Festival of Families on September 26 and the Papal Mass on Sunday, September 27.  No one may obtain passes for both the Independence Hall event and the combined Festival of Families / Papal Mass events.

Standing passes for registered parishioners of the Diocese of Trenton are only available by applying through www.dioceseoftrenton.org/papalpasses on September 8th beginning at 9am, on a FIRST COME/FIRST SERVED BASIS.  Standing passes are limited to four (4) persons per registered family for either, but not both, events until the supply is depleted.

Bishop O'Connell has just been informed that our diocese will be given 100 "Standing Passes" for events at Independence Hall and 200 passes for the Papal Mass on 9/27.

The diocese will open a first come, first served basis, a website for the passes. Check the address for the site on the diocesan webpage. I will also post the link here when the bishop sends it.

THE WEB PAGE FOR REQUESTING PASSES WILL NOT GO LIVE UNTIL 9 A.M. ON TUESDAY, SEPT. 8.

The Crosses Are Waiting and Ready 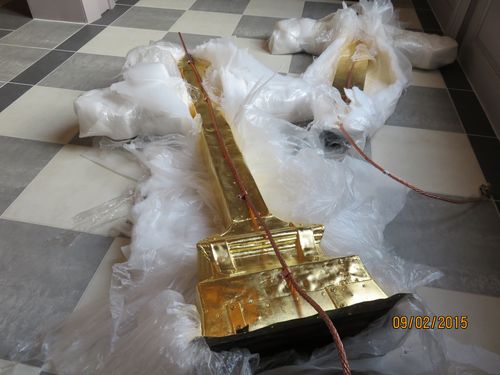 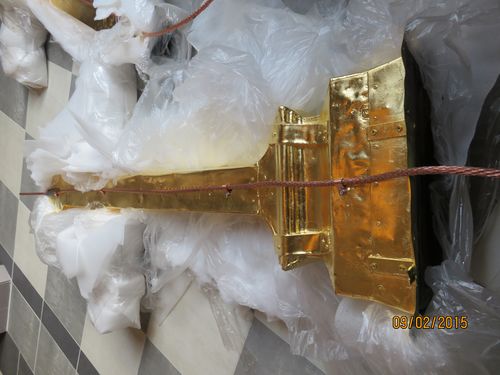 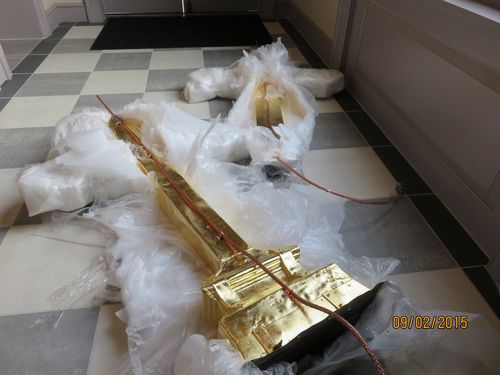 Nothing like the smell of hot black top in the morning! 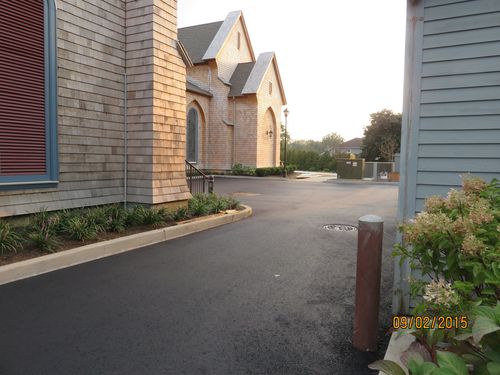 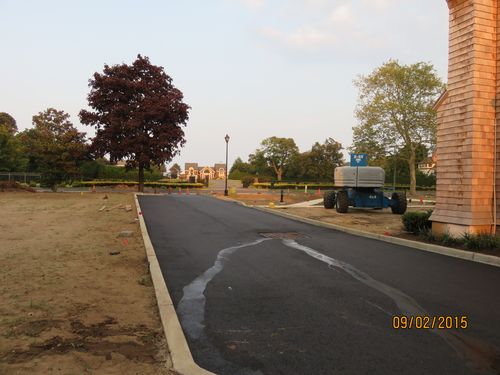 Driveway on North side of the church into the handicapped accessible parking court and the rectory garage. 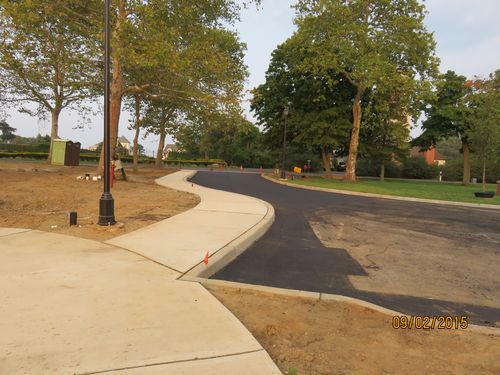 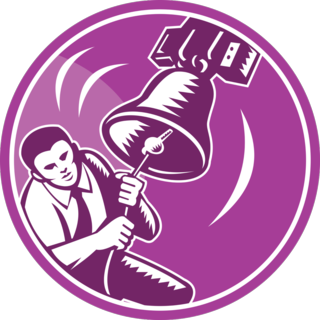 The sound of Holy Cross Church bells, that is!

This evening the original bell from the mid 1800's was rung with our electronic clapper and it was a great sound to hear again!

Merciful Forgiveness For the Evil of Abortion 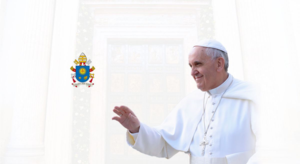 The media is buzzing with news about Pope Francis' decision to extend to all priests permission to forgive the sin of abortion and reunite the penitent with the church and its sacraments during the Year of Mercy. Not surprisingly, some of it is slanted and/or incorrect. The pope is not relaxing the teaching on the immorality of abortion, but changing a disciplinary practice in the Sacrament of Reconciliation. The Church teaches that anyone who undergoes a completed abortion commits a grave moral evil, and anyone who performs one, helps procure one or assists at one cooperates with a grave moral evil. Those who do so deliberately and freely with knowledge of its serious consequences commit a mortal sin which disrupts their relationship with God and separates them from the church and its sacraments. Recent popes beginning with John Paul II have noted that fear, coercion, economic and social factors may lessen a person's culpability for the sin, but not the moral gravity of the offense.

There are two aspects to the sin of abortion - restoring our relationship with God and being welcomed back into communion with the church and its sacraments. Here are Bishop O'Connell's words on this subject:

Canon Law states that "A person who procures a completed abortion incurs an automatic excommunication (c. 1398)."  This law pertains to all who deliberately procure an abortion or who deliberately cooperate or assist in its procurement.  The Church considers abortion so serious a sin that it attaches a penalty of automatic excommunication to its procurement.  There are two realities involved: (1) the sin of abortion itself and (2) the penalty of automatic excommunication attached to it.  Abortion as described here is considered a "reserved  sin;" that is, its absolution (the sin) and the lifting of its attached penalty (the automatic excommunication) requires the permission of the bishop, requested by the confessor confidentially as "a case or instance" without ever revealing the identity of the penitent involved.  The confessor asks the penitent to return to confession after his receiving permission from the bishop to absolve the sin and lift the penalty and he imparts absolution (of the sin) and remission (of the penalty).

Pope Francis has eliminated the need for recourse to the bishop during the Holy Year of Mercy ordinarily attached to the procurement of abortion.  All priests, therefore, may absolve the sin and lift the penalty of those confessing the sin with true contrition without first requesting the permission of the bishop.

I was informed by Bishop Reiss of this privilege at my ordination and am blessed to have been able to be part of the joyful reconcilation when a woman or a man seeks the merciful graces of the Sacrament of Penance.