Summer Mass Schedule and Beyond

Please help us plan this summer's mass schedule and beyond by completing this brief questionnaire about the mass times at Holy Cross Church.

Saturday morning, workmen affixed plates to the wood construction of the old church and were then able to connect the steel structure of the new construction to the old for the first time.

Today they began levelling and filling in the excavation along the basement wall in the north transept. The north transept will be slab on grade. As you may recall, we trimmed the size of the full basement to save on construction costs. 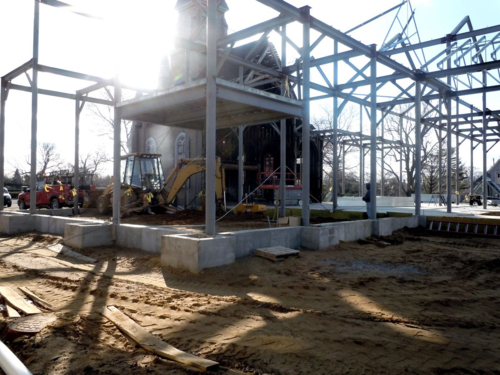 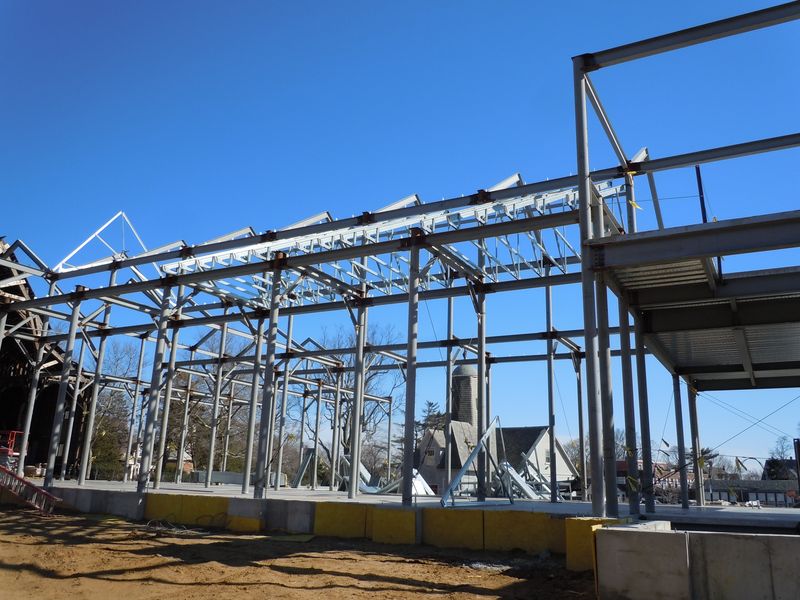 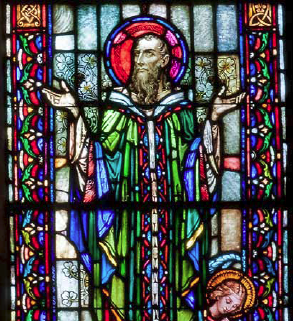 I took my first walk down the main aisle on the hardened concrete floor over the weekend. Today they needed to shovel the snow from it to allow the lifts to prepare for the trusses! 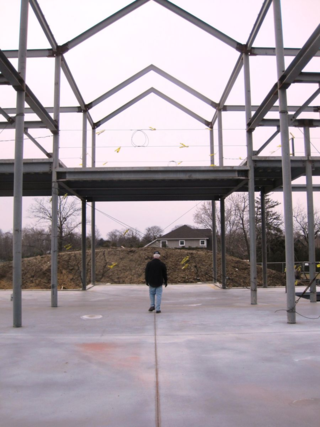 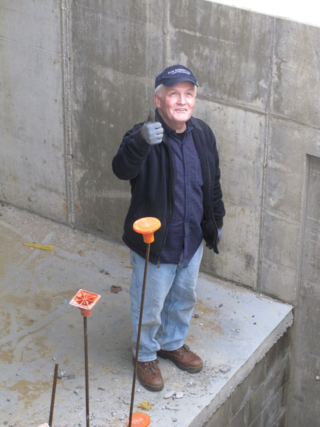 Waiting for the Elevator. It may take a while!

Crocus in the Snow

Well, despite this morning's ice and snow, the spring flowering bulbs are on the way. 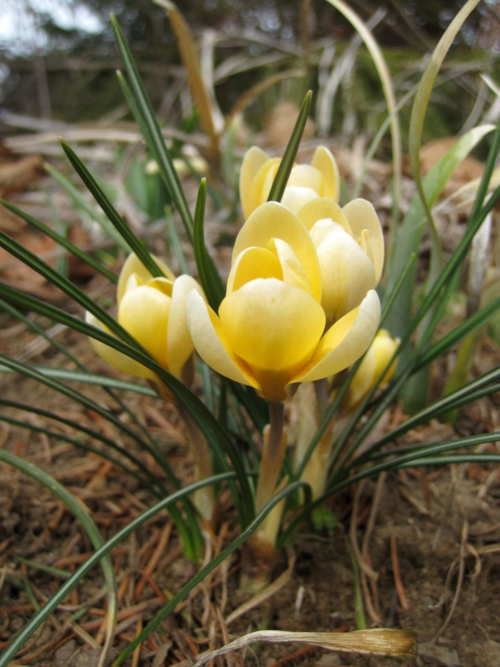 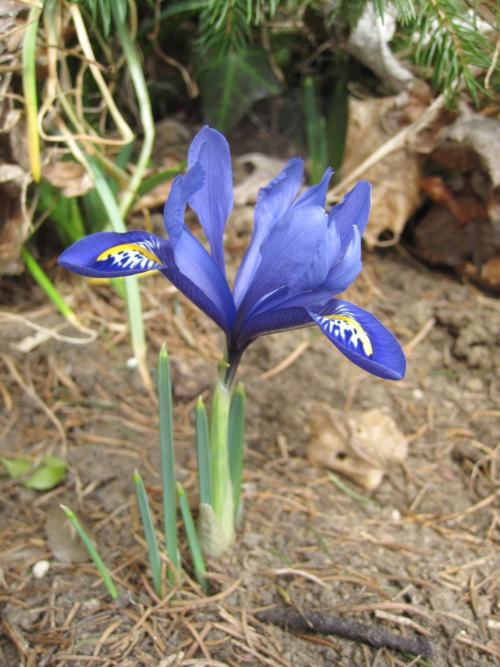 Here's a preliminary sketch of our new St. Michael window. It will be fabricated to match the design and color scheme of our other saint windows. The image of the saint will be beautifully colored; this is a line drawing. A memorial donation for this window is now available. 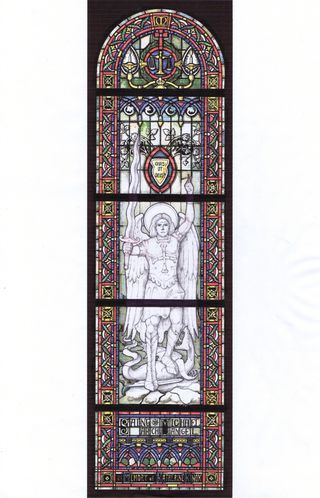 St. Michael is the patron saint of the sick, police and the military among others. He has been named the Guardian of the Church. Pope John Paul II re-emphasized the importance of praying the Prayer to St. Michael introduced by Pope Leo XIII. I found one list which attributed his patronage to over twenty groups and occupations!

In Scripture and Catholic tradition, he is the angel who led the victory over Lucifer and the fallen angels. It was said that St. Michael appeared to Mary when her earthly existence came to an end, and that he performs the same role for each of us at the hour of our death, inviting repentance for our sins and acting as an escort for our journey to eternity. He is sometimes shown holding a scale with which he is said to weigh the worthiness of souls at the Last Judgment. He is often pictured holding a two edged sword - truth and justice.

Pope Francis, with Benedict XVI at his side, recently consecrated the Vatican City to the patronage of St. Michael.

Three Statues and a Font on a Trip

Rugo stone masons picked up our marble statues (St. Joseph, Mary and the Sacred Heart of Jesus) from a warehouse in North Jersey and stopped by the rectory to take the baptismal font which had been stored in the garage. They will be taken to Rugo's workshop in Virginia for restoration and cleaning.

Rugo is also fabricating our new altar. We hope to have photos of the marble work soon. 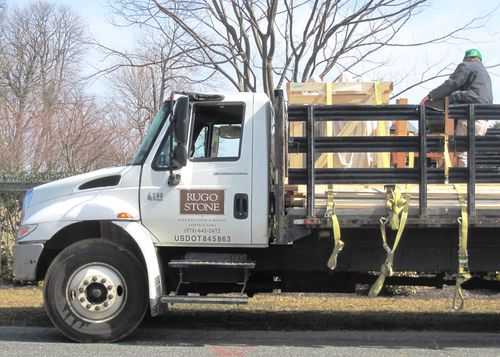 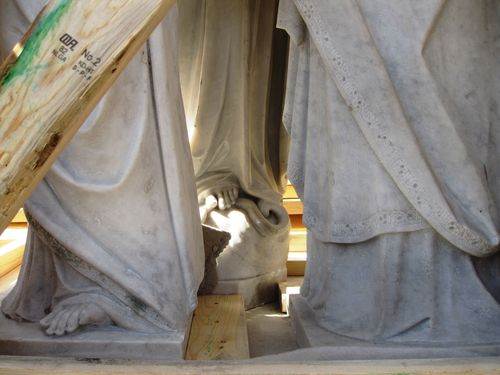 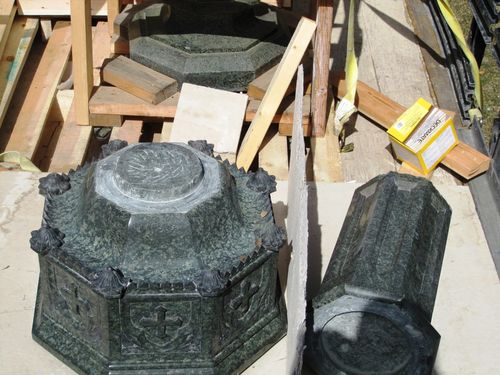 After long weather delays, the concrete floor was poured today. Workers arrived bright and early and were finished in several hours time. 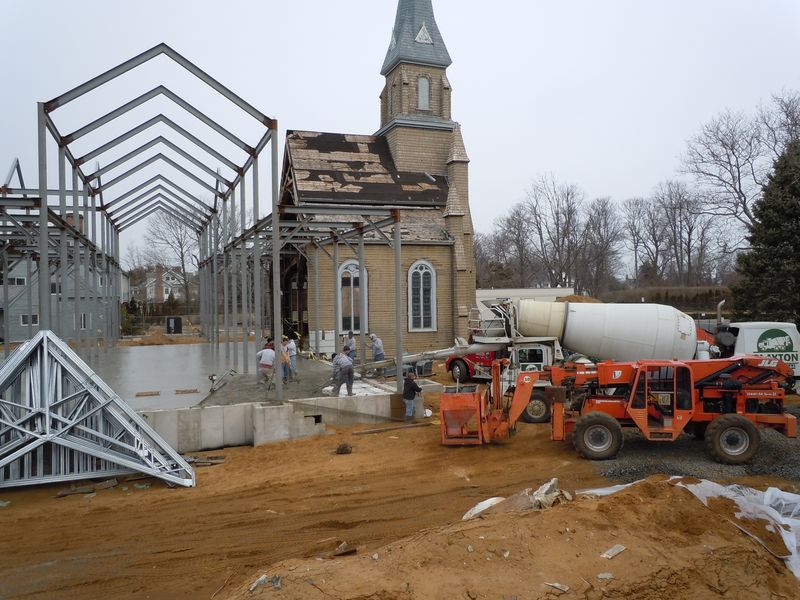 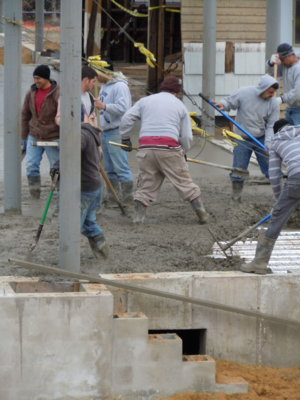 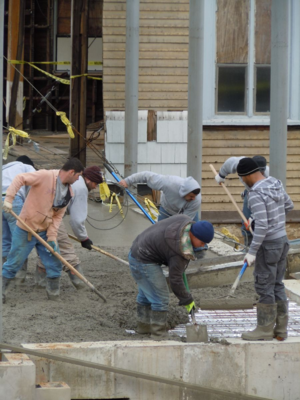 Congratulations to all the organizers of the St. Patrick's Day Parade for an exciting and colorful parade.

I asked St. Patrick to help drive not snakes, but ice and snow from Rumson ASAP! 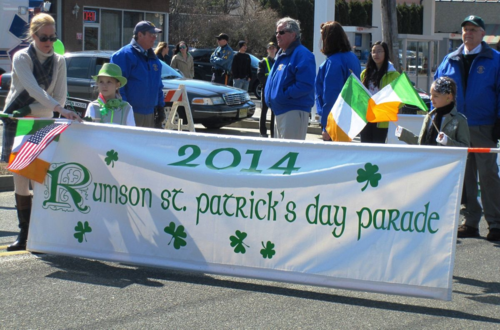 Bulb shoots come up and Construction Site Crawls Back to Life

Workers were able to install the reinforcing bars on the deck of the church in preparation for a concrete pour. When the weather warms, the concrete will be poured, cured. This will enable an easier installation of the trusses on the roof.

Our electricians have been back to work in the basement of the church installing conduit and service boxes.

Ready for concrete when weather warms

Much work has been done on the final shop drawings and planning for the church interior.

Let us pray we are done with winter's blasts and hope that as Spring approaches our site will come alive once again with productive activity.

We celebrated a prayeful mass on Ash Wednesay with parishioners and our school children along with imposition of ashes. The 4 PM liturgy and the 7 PM liturgy for Imposition of Ashes were also well attended.

Just a reminder that there are daily masses in the chapel at 9 AM, daily exposition of the Blessed Sacrament on Wednesday, Confessions and Stations of the Cross on Friday evenings. Morning Prayer (Liturgy of the Hours) has been incorporated into daily mass for the duration of Lent and Holy Week. Our adult faith enrichment series continues on Wednesday nights with a discussion of Church history from Comby.

The chapel looks dignified and prayerful with its Lenten themed liturgical environment.

Let us pray, fast, give alms.