OK, this should work and allow everyone to see not only a summary of the results, but the indvidual responses for the open-ended question. To see all the responses, you need to click on "show replies."

Woo hoo! Today there is a site walk with our engineers regarding the final touches on our amended site plan for the church expansion project.

Thank you to those who took the time to answer our questionnaire on the new translations of the Roman missal. I'll post the results (as soon as I figure out how!).

We're entering into an implementation phase for them and are planning a parish informational meeting on the new translations for our Liturgical Ministers and other interested parishioners.

at the masses this weekend. Many of you know I dislike distributing forms to complete during mass, but in a very important way, the church expansion has to do directly with our liturgies at Holy Cross and is surely part of "God's business." Our self-offering in whatever way God needs us is crucial when we worship.

The questionnaires will be analyzed as a component of the Financial Planning Study, which report is scheduled to be completed at the end of this month.

Revisions and adjustments to the site plan around the church, minor modifications to the parking lot and to the exit onto Rumson Road will be worked on this week as our final site plan takes shape.

Today for the first time we chanted the opening prayers of the mass with the daily communicants and our 5th graders whose turn it was to pray mass with us.

Perhaps this Sunday we can try the chant responses as well.

Here are three chants we have tried so far:

The topological survey of our parish property has been completed and our architect James McCrery has submitted an accurate rendering of the proposed new site plan. Our engineer is now in the process of adjusting the parking spaces, altering the exit lane to Rumson Road slightly to make it more clearly an EXIT and not an entrance and other details along with assembling those documents and surveys which will complete our site plan amendment application by the end of this month.

CCS has completed its interviews for the Financial Plannning study and has today sent the In-Pew Questionnaires for distribution and completion at this weekend's masses. Their report is scheduled to be ready by the end of this month as well.

Today we have a meeting to plan a permanent exhibition of our parish history in the gymatorium.

Be on the alert for our new arrival and dismissal traffic pattern in CCD.

There are two primary concerns which guided the adjustment in our traffic flow: 1) the safety of our children as they arrive and leave the campus and 2) minimizing traffic congestion and distrubance to our neighbors. Holy Cross school has been using a drop-off and pick-up system for some years now, and we will try to adapt this pattern for CCD.

Areas will be clearly maked and coned off and we ask that all parents and guardians follow not only the signs but the directions of CCD staff and volunteers.

Please be patient as we work on this together for the safety of our children and the sanity of our neighbors.

We are not permitted to recite any of the new texts until Advent, but we have already learned a musical chant for the new translation of the Gloria, and Fr. Manning has begun chanting the new Doxology in place of the old. The musical introductions will take longer to learn, and so the bishops have decided to let parishes experiment with them early.

It won't really seem different until we begin praying the mass with the new texts and greet each other in the newly translated responses. I predict we'll adjust to them in no time.

Remember the goal is a more beautiful, reverent and prayerful liturgy which more completely embraces our historic traditions and the Scriptural roots of our worship.

Above all, please be patient with each other as we all do the best we can.

The "October Count" is an old tradition in many dioceses across the country, it has been reinstituted here in our diocese. It's a mass-going-census which measures attendance on two weekends in October. It is presumed that school families and snow-birds have returned to mass by then and by the same token no holiday travel will distort the statistics of a "typical" weekend.

The ushers typically count communicants at most of our masses to ensure we consecrate enough hosts at each mass, but the October count asks us to enumerate everyone, children of all ages. You may notice the census taking...now you know why.

The numbers help the diocese understand parish demographics and plan prudently for personnel assignments. So far as I am aware, no mass attendance data is used to determine diocesan taxation rate. The tax rate is determined by parish revenues (roughly ten percent), so far still capped at a max of $150,000 per annum per parish which is pertinent for larger parishes like us. 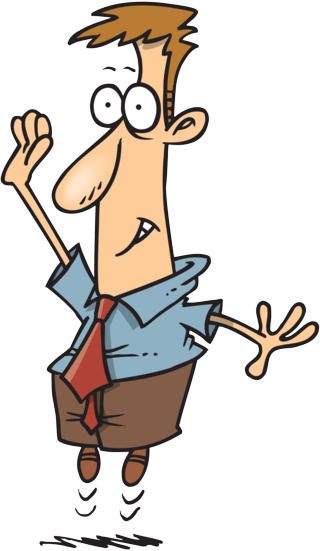 As part of the Church Construction planning study, an in-pew survey will be conducted at all weekend masses on the weekend of September 17-18.

The primary purpose of this survey is to identify untapped sources of support and energy for the coming project, including information which will help the survey team refine estimates as to what our capital campaign can comfortably raise. Our architect has finalized only the exterior and interior dimensions of the church. Much input will be needed as we develop details of the project, define memorial giving opportunities and select the liturgical appointments, so this is a perfect time to identify your interest and become involved.

We are very close to inaugurating this exciting project and pray for God's continued guidance in the coming year. 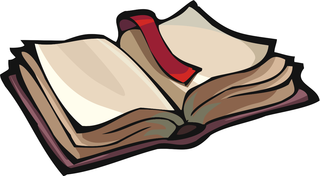 When we adjounred our adult faith sessions before the summer, we agree that we would stick with the book on Revelation "Coming Soon" by Michael Barber. We have been using Barber's book as a springboard to read and discuss the Book of Revelation itself.

We left off in the middle of Chapter 8 just before the sounding of the fifth trumpet.

See you October 5th in the St. Michael Media Room at 7:30 PM. Feel free to join us for one or several sessions. Eileen has copies of Barber's book in the Parish Office; it is also available on Amazon.

Welcome back to our teachers, who gathered in final preparation today for the beginning of the new school year and worshipped at the 9 AM daily mass.

New beginnings are always exciting and usually a little anxiety provoking, so it's important to be patient with everyone as the school year gets underway. Tomorrow we will welcome students to their new classes with half-day sessions for the remainder of the week.

Let us pray for God's care and providence on Holy Cross School, its students and parents, its teachers and staff.

We finally located the citation for the legend that Holy Cross Church had been struck by lightning just as it was completed and before it had ever been used for worship. References had been made in some of the materials we reviewed for the 125th Anniversary, but no primary sources and very little detail.

Last week while we were reviewing the material for the history wall in the gymatorium, I remarked that it was too bad we never found the original newspaper article...and believe me, I had looked for hours. Susan rechecked the Red Bank Register and came up with this gem from page two of the Red Bank Register, May 12, 1886: 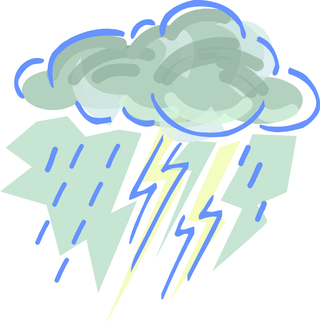 A Church Struck by Lightning

During the heavy thunder storm of last Friday night the new Catholic church on Rumson Bluff, near Seabright, was struck by lightning and badly damaged. The thunderbolt struck the steeple, tearing out one side and throwing several of the steeple ornaments to the ground. The lightning then ran down to the roof, where the slate was torn off of quite a large surface. Some of the timbers were shattered, and other damage was done. The church had just been completed, and John Burke, the builder says that the damage can not be repaired for less than $1,000. The church cost $18,000 to build, and the congregation expected to begin worshipping in the new structure sometime this month.

Our parish staff our hard at work with ideas and format for a permanent version of Holy Cross history which has been on the wall of the gymatorium opposite the rest rooms since the parish's 125th Anniversary.

The new exhibit is meant to be a permanent, expandable installation both dignified and durable.

Yesterday workers completed pouring concrete to repair the sidewalk in front of the rectory.

The surveyors have finished their measurements of Holy Cross Church property and buildings and will give their data to our civil engineer who will finalize a report on the present state of the property and work with our architect to develop an accurate amended site plan. The tentative timeline for our application to be complete and ready for submission to the Borough is October 1.

Interviews for our Planning Study are nearly completed.